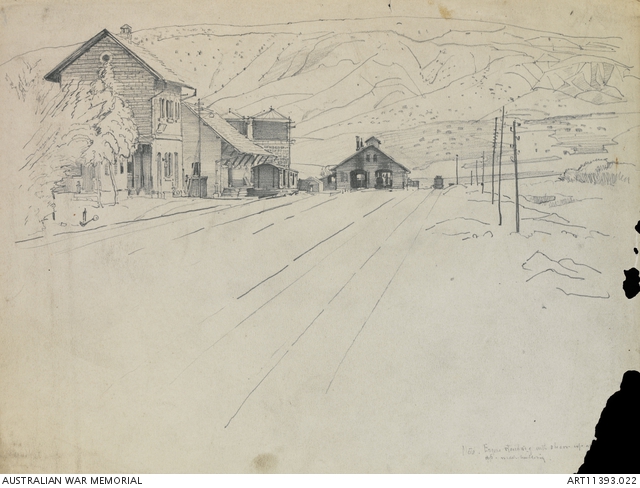 A locomotive Engine stands with steam coming out of the entrance to the Semakh Railway Station. The main building with two water tower adjacent lies to the left of the railway line.
Lambert described Semakh as: "... a railway-station of picturesque conglomeration of not more than usually dirty Arab huts, and a few tents and horses of the occupation people on the shore, southern end, of the Sea of Galilee. It is really beautiful here." (Lambert 1938, p. 125). This drawing was made while Lambert toured Palestine in 1919 after his visit to Gallipoli with the Australian Historical Mission.