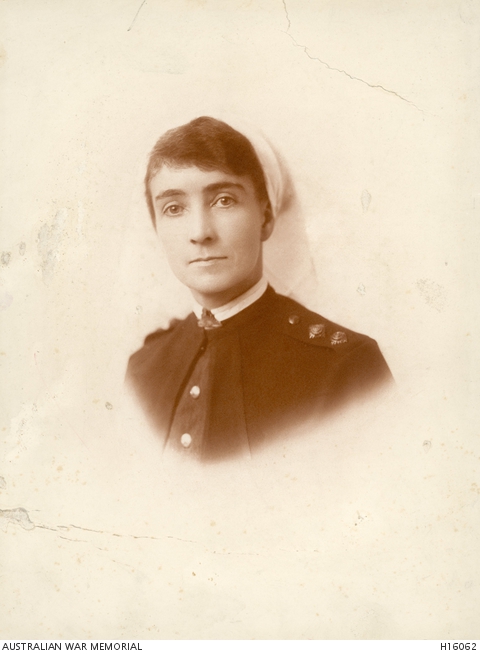 Portrait of Sister Nellie Constance Morrice MBE RRC of the Australian Army Nursing Service. Sister Morrice enlisted in the AIF on 21 November 1914, and embarked in the Kyarra on 28 November. After serving as head sister of No.1 Australian General Hospital (1 AGH), Heliopolis, Egypt, she was detached to No.1 Australian Auxiliary Hospital, and then to No.3 AGH, both in England. Early in 1917 she was posted to the British Expeditionary Force in France; she later rejoined No.3 AGH at Abbeville. On 3 June 1918 Morrice was awarded the Royal Red Cross (2nd class) 'for valuable services with the Armies in France and Flanders'. She returned to Sydney and her appointment ended on 15 January 1919.