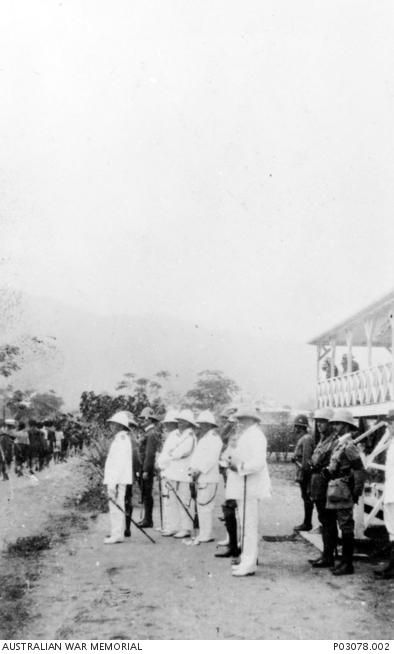 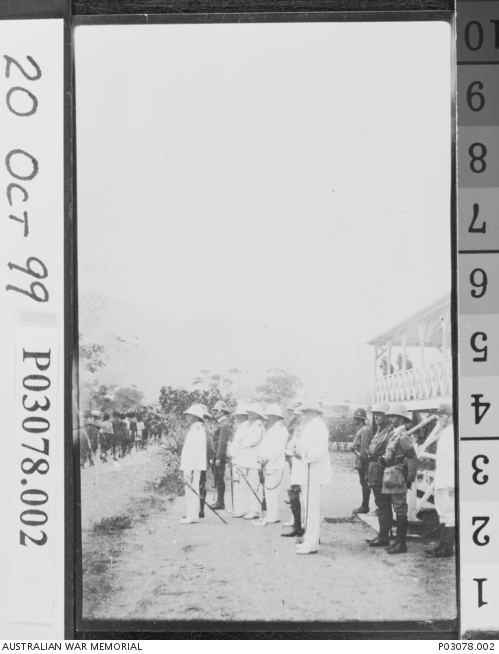 Rabaul, New Britain. Officers of the RAN including Rear Admiral George Patey, Colonel William Holmes DSO, Lieutenant Colonel Russell Watson, Lieutenant General E. A. Wylde, Captain (Capt) T. McPherson and Capt L. B. Ravenscroft watching as members of the Australian Naval and Military Expeditionary Force (AN&MEF) march past after the hoisting of the Union Jack flag, during the ceremony proclaiming British occupation of the territory. The ceremony was held in a large open space, now known as Proclamation Square. All available troops, including members of a newly created native police force, were formed up on three sides of the square, with the band of HMAS Australia in the centre. The fourth side of the square was occupied by Rear Admiral Patey, the officers of the RAN and the residents of Rabaul.