Outdoor group portrait of officers of the 47th Battalion, in front of the Hospice at Rivery, near ... 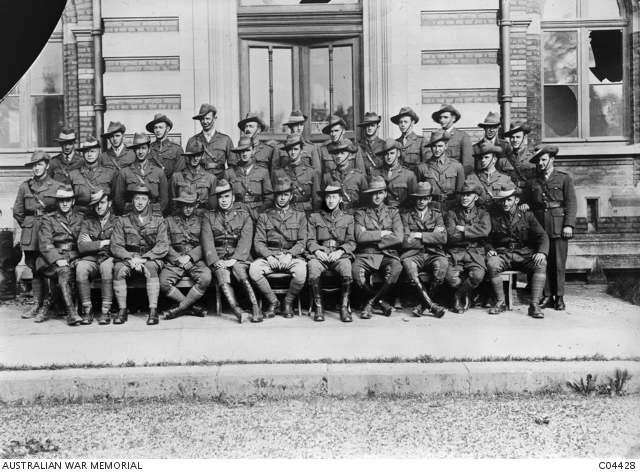