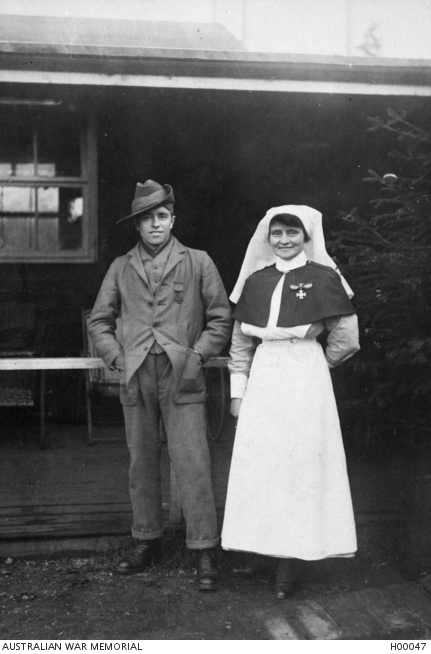 Portrait of Driver Henry Dalziel VC, 15th Battalion, and Sister Elizabeth Mosey ARRC, both wearing their medals. Dalziel was awarded the VC following his actions attacking and capturing a German machine gun post at Hamel Wood on 4 July 1918, where he continued to fight and supply the Lewis gun team in his company, despite being wounded twice. Sister Mosey was awarded the Associate Royal Red Cross medal in 1917. This is probably taken at Harefield at No 1 Australian Auxiliary Hospital.