Group portrait of the officers of the 33rd Battalion at Meteren, France. Identified from left to ... 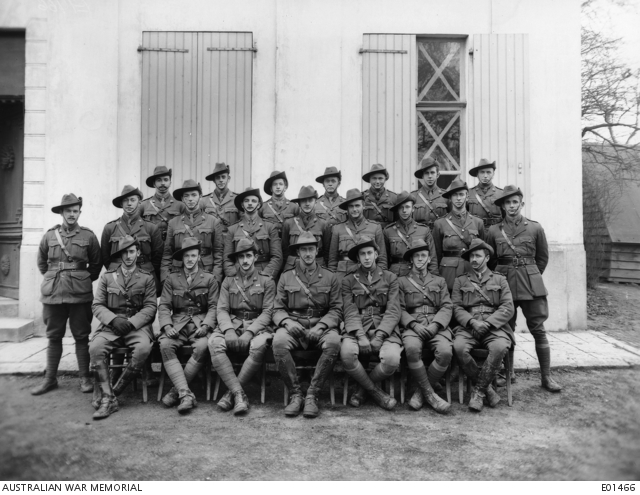 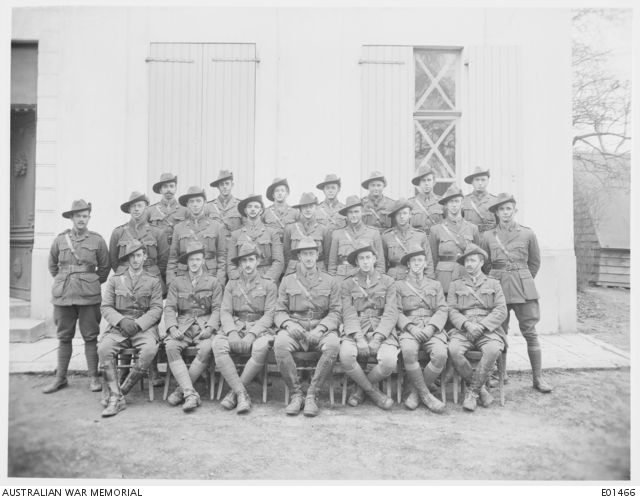