Informal family portrait of four siblings of the Malcolm family of Melbourne, Victoria, all of ... 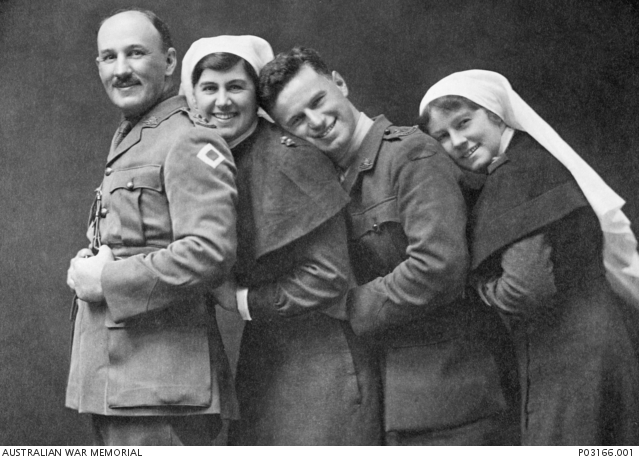