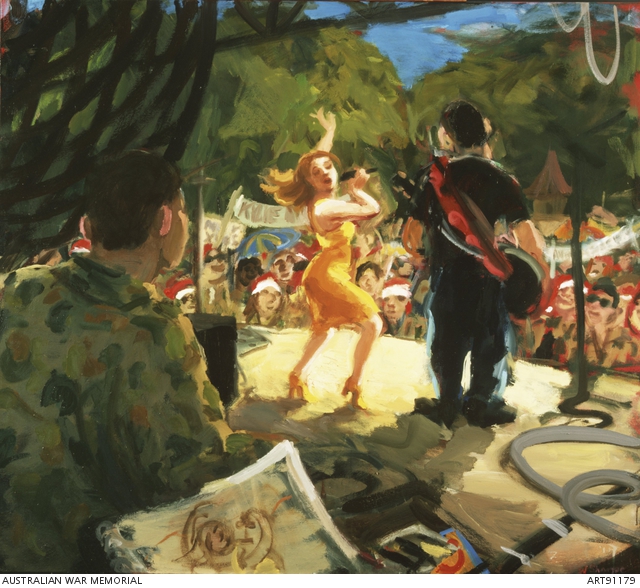 Depicts a singer, Kylie Minogue, and musicians performing for the Australian peacekeepers at the Christmas 'Tour of Duty' concert in Dili, East Timor. Sharpe writes of the event: 'Just before Christmas a concert called 'Tour of Duty' was performed at Dili stadium and broadcast nationally on Australian TV. It featured Kylie Minogue and John Farnham . . . I managed to talk my way into the backstage area. It was even hotter than where I was sitting, surrounded by black plastic. I didn't have enough water with me and nearly passed out, but I still managed to draw. It was well worth it!' (Wendy Sharpe, 29 May 2000). Wendy Sharpe was appointed an official artist in December 1999, travelling to Darwin, where she attended briefing sessions with Australian INTERFET personnel. In East Timor she was attached to the Army History Unit in Dili, where she recorded the work of the Australian peacekeepers and East Timorese people.