Two unidentified soldiers on the outskirts of the village. This village was taken by the 6th ... 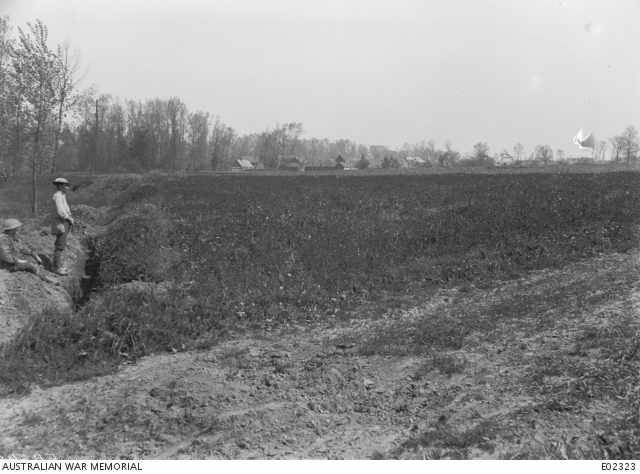 Two unidentified soldiers on the outskirts of the village. This village was taken by the 6th Brigade on 19 May 1918 in one of the series of local offensives made by the Australian Divisions in the Somme area, after the checking of the Germans. An assault started from the right of the bank in the foreground, and a flanking attack was made through the trees along the river on the left. During the actual attack a company of the 21st Battalion had to dig the trench shown as a communications trench (CT) up to the new positions. Casualties were heavy on this job and it was difficult to recover the dead owing to crops and long grass. Many bodies were not recovered until a week or so after. Wounded men used to hold their rifles up to attract the attention of stretcher bearers as the long growth hid entirely anyone in a prone position.