Members of No. 4 Squadron, Australian Flying Corps, standing in front of one of their Sopwith ... 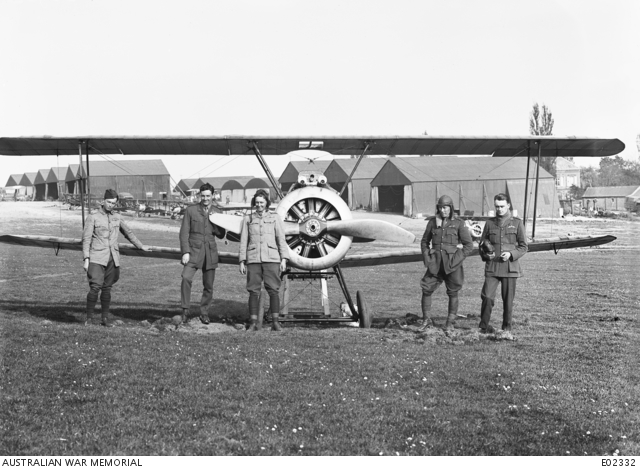 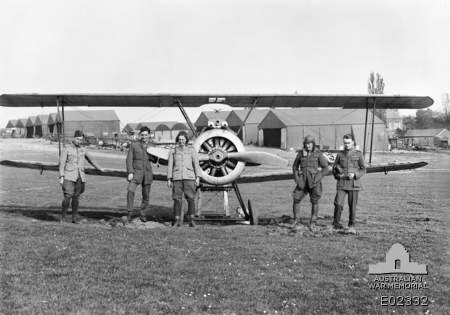 Members of No. 4 Squadron, Australian Flying Corps, standing in front of one of their Sopwith Camel aircraft at Clamerais. At this time the Squadron was very actively assisting the troops, which included the 1st Australian Division, in the Hazebrouck Caestre, and Cassel areas. Note the tail of the aircraft is supported so the aircraft can be in a level position for testing maching guns on the range prior to offensive patrol. Left to right: Lieutenant (Lt) Jack Henry Weingarth, B Flight (died of accidental injuries 4 February 1919); Lt Smallwood, C Flight; Lt Shepherd, C Flight; Lt Martin, C Flight; Lt Heller, C Flight.