His Majesty King George V, with General Sir Herbert Plumer and the staff of the new 5th ... 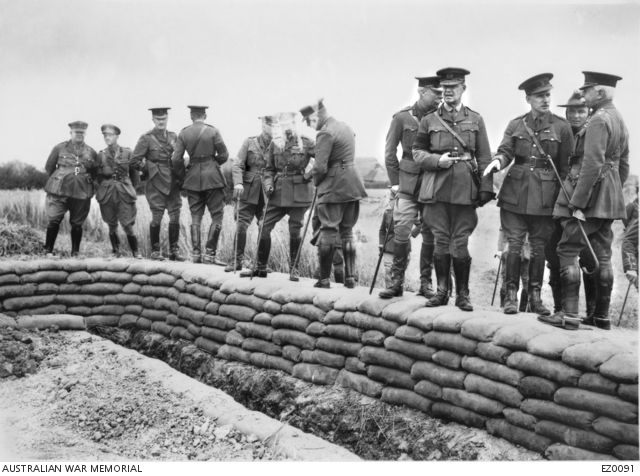