Australian supports marching along the Villeret-Hargicourt Road, on their way to the front line ... 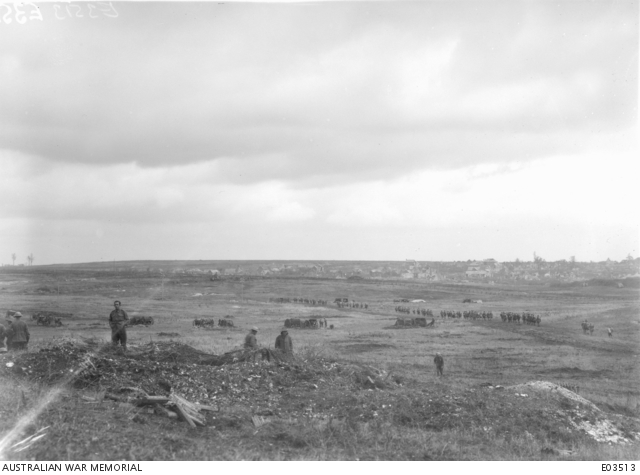 Australian supports marching along the Villeret-Hargicourt Road, on their way to the front line near Bellicourt, passing an Australian Battery of 18 pounders operating in that sector. The village of Bellicourt, captured on the previous day, is seen on the right of the picture, and fronting it a belt of wire entanglements. On the left background is situated Cabaret Wood Farm, a position which gave trouble to the 57th and 58th Battalions, on 29 September, and in which vicinity nine tanks were put out of action in fifteen minutes, while the attack was in progress.