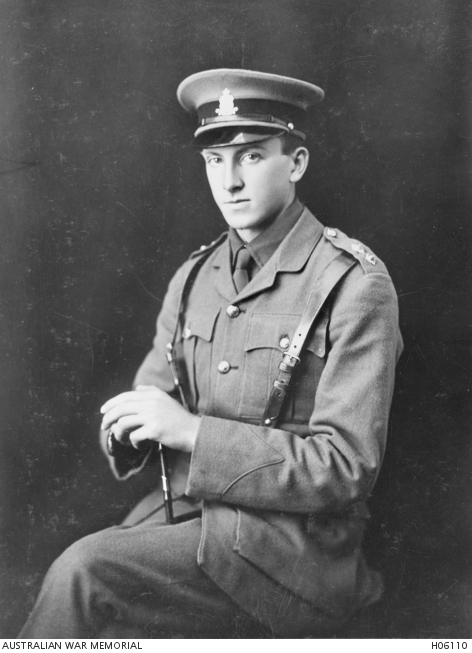 Studio portrait of 589 Sergeant (Sgt) Eugene Schuyler Earle, 33rd Battalion. A bank clerk from Armidale, NSW prior to enlistment, Sgt Earle embarked with B Company from Sydney on HMAT Marathon on 4 May 1916. On 8 December 1916 he was killed in action in France, aged 21, and was buried in the Cite Bonjean Military Cemetery, Armentieres.