Band of the 10th /48th Infantry Battalion playing during a parade at Melville Oval inspected by ... 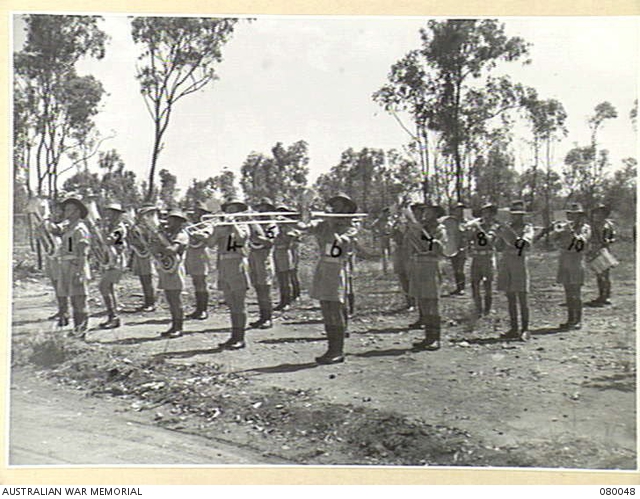