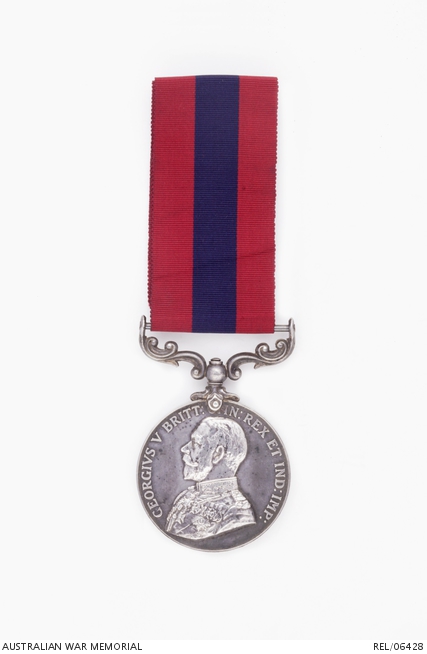 2714 Private David Carter enlisted on 2 July 1915 and served as a stretcher bearer with 2 Battalion, AIF. He was awarded the Distinguished Conduct Medal at Pozieres in 1916. The recommendation for the award reads: 'At POZIERES, FRANCE during period 23/25th. July 1916, this man was a stretcher bearer and although wounded twice did not leave his work. He carried and tended the wounded under very heavy fire and he displayed magnificent courage.' Later in France Carter was gassed and wounded, losing both a leg and an eye. He returned to Australia on 6 May 1919, but died from the effects of gassing and tuberculosis in 1921.