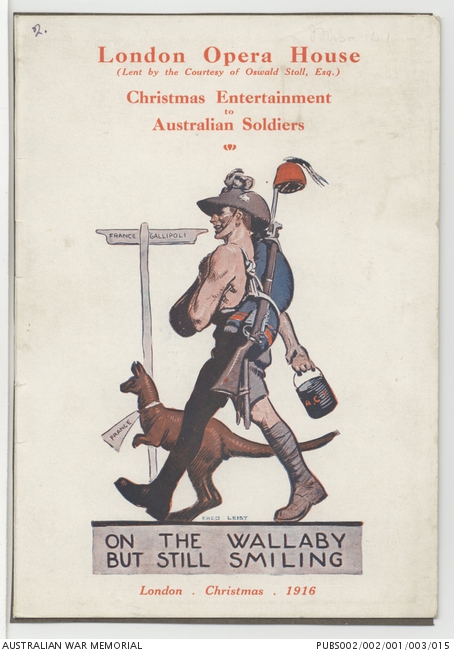 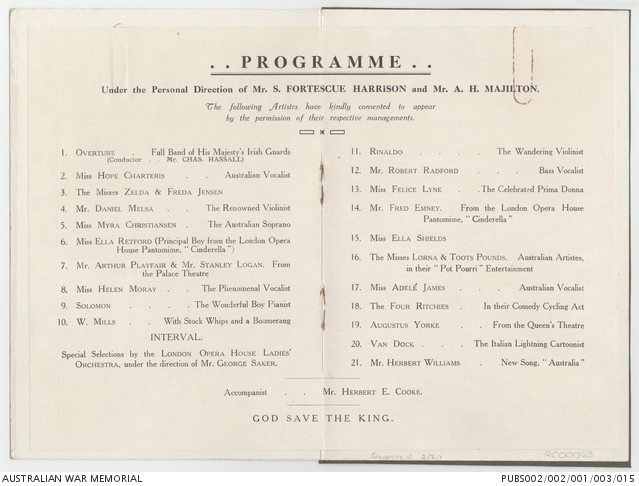 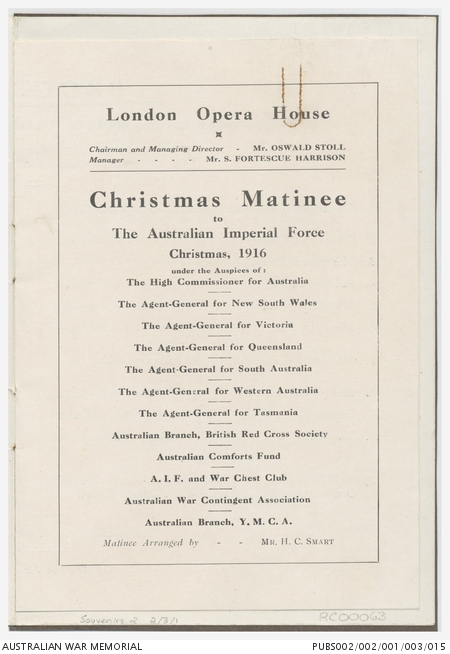 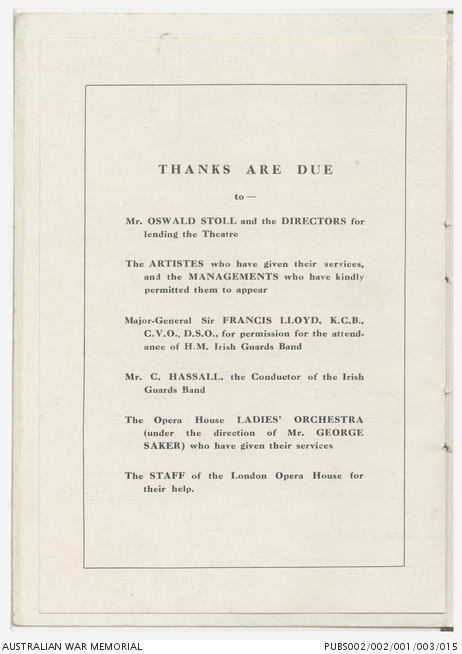 Souvenir program for a theatrical performance during the First World War. This program is for a Christmas matinee concert at the London Opera House for the Australian Imperial Force during Christmas 1916. The front cover of the program features a Fred Leist illustration entitled 'On the wallaby but still smiling', showing a smiling digger wearing a slouch hat, a pair of shorts and carrying a blue swag. Tied to the swag is a rifle with a bayonet attached. A red fez hangs on the end of the bayonet and in his right hand the soldier carries a billy emblazoned with A.C.F. (Australian Comforts Fund). He is walking past a sign post indicating that he has come from Gallipoli and is accompanied on his walk to France by a wallaby wearing a ticket for 'France' around his neck.