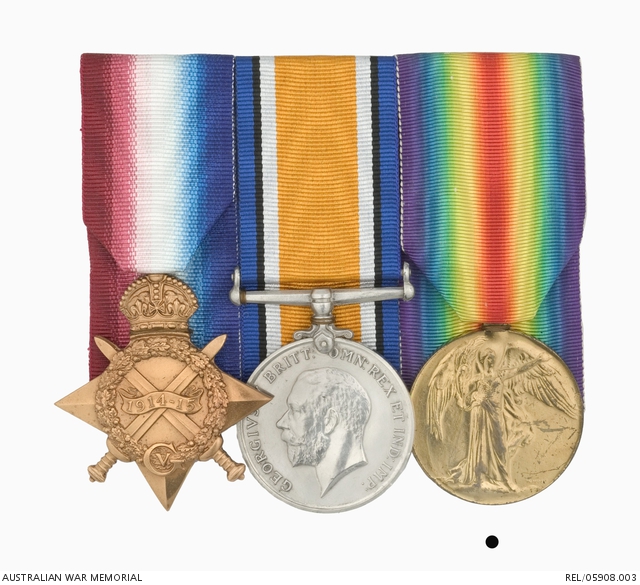 Related to the service of 1258 Driver Frederick Robert Roy, a motor driver born at Rockhampton, Qld who enlisted at Longreach on 29 August 1915 aged 23. After a period of training Roy was attached as a driver to 11 Light Horse Regiment and embarked for overseas service from Adelaide aboard HMAT Benalla on 27 October 1915. After a short period of service in the Middle East, Roy transferred to 42 Battery, 11 Field Artillery Brigade (11 FAB) with which he served until his death. Driver Roy's battery supported the combined infantry and tank assault on the Somme village of Hamel (4 July 1918) but Roy went missing and ‘drowned by misadventure’ in the days after this successful attack. His date of death is listed as occurring between 5-9 July 1918. The Matron of the 5th Casualty Clearing Station at Crouy-sur-Somme later wrote to the Australian Red Cross Wounded & Missing Bureau in early August regarding Roy, and stated 'he was not a patient here but was found drowned and brought here for burial'. No further details are known, but it is possible Roy drowned in the nearby Somme River or Ancre Rivers close to where the artillery wagon lines were stationed between Vaire and Vaux; a YMCA recreation area for the unit was also located nearby. Each of these river valleys were then lined with swamps and waterlogged fields. Driver Roy is buried at Crouy British Cemetery.