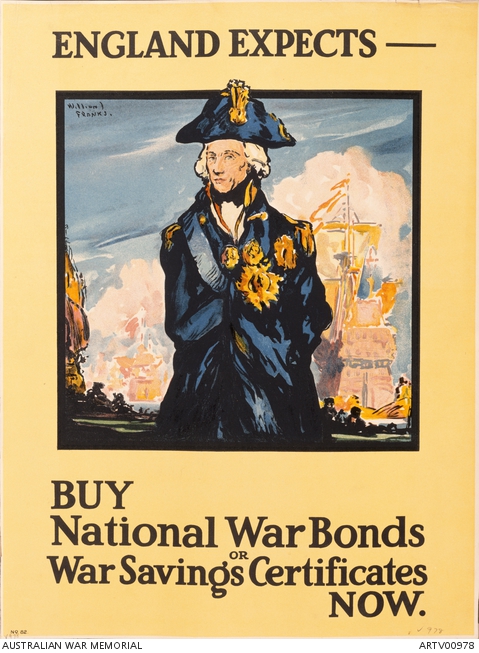 British First World War poster issued by the National War Savings Committee (Poster No. 82.). One of several posters which use portraits and quotes from speeches of iconic British military leaders to promote the sale of war bonds. This poster features a three - quarter length portrait of Admiral Lord Nelson (1758 - 1805) in the upper half set within a black frame against a pale yellow background. He is wearing full uniform, his right sleeve pinned to his chest. In the background are ships of the Line in battle. The title is printed in black above and below the image and incorporate the first words of Lord Nelson's message to the Fleet before the Battle of Trafalgar in 1805 (' England expects that every man this day will do his duty'). Both image and text are set against a mustard yellow background.