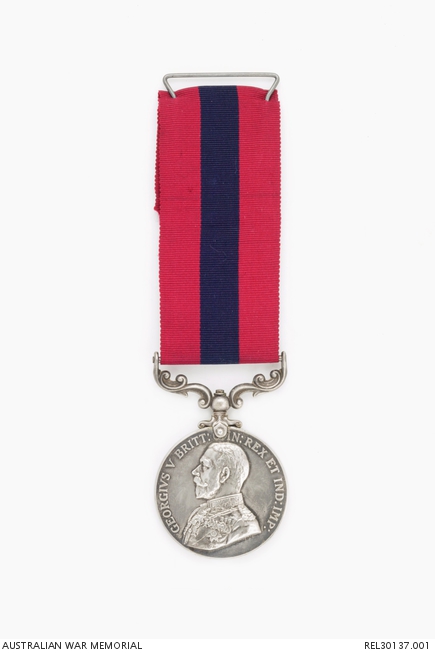 Awarded to 4309 Company Quartermaster Sergeant James Stanley Stevens. Born on 31 March, 1893, Stevens enlisted in the AIF on 16 July 1915 serving with 6 Battalion in France and his actions here, particularly in Hargicourt, earned him a Distinguished Conduct Medal in 1919. The citation for the DCM reads, 'For consistent gallantry and devotion to duty during the period 16th/17th September to 11th November 1918. On the nights of 20th/21st to 23rd/24th September, near Hargicourt, it was necessary to bring up food and supplies to the front line along the valley, which was swept by heavy machine gun fire and gas shelling. By his untiring energy and example to those under him, rations and ammunition were supplied to the front line each night'. Stevens returned to Australia on 4 July 1919.