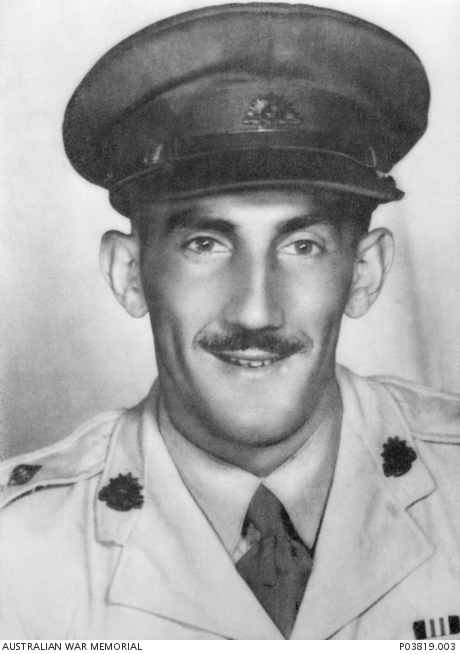 Portrait of NX9629 Lieutenant (Lt) John Fritz Sachs, MM, Z Special Unit, of Chatswood, NSW. He served in Greece where he was badly wounded, became a Prisoner of War (POW), escaped and joined a Greek resistance group and was involved in sabotage work. He commandeered a boat, sailed to Turkey and rejoined Australian forces. Whilst a sergeant with the 2/1 Field Regiment, Sachs was awarded the Military Medal on 26 March 1942 for his 'courage, fortitude and tenacity in escaping from a POW camp'. Lt Sachs joined the Services Reconnaissance Department (SRD) in May 1944 and he became one of the first group of operatives to train in the use of submarines to use in sabotage and intelligence gathering missions. In his last fatal operation with Z Special Force, he and his partner, Lt Clifford Perske, were to attack ships of the Japanese convoy which were anchored at the Manselembo by attaching limpet mines. They were carried by USS Bream, a submarine which carried the folboat (two person submarine used for the operation). The folboat did not appear at the rendezvous and, on their return to Fremantle, the captain of the submarine reported an Australian voice on the radio at sunrise who omitted his identification codeword. It is believed this was Sachs and that they had been captured and it was an attempt to catch the USS Bream. Sachs and Perske were dicovered later to have been imprisoned for a time at Surabaya in Java and later beheaded by the Japanese.