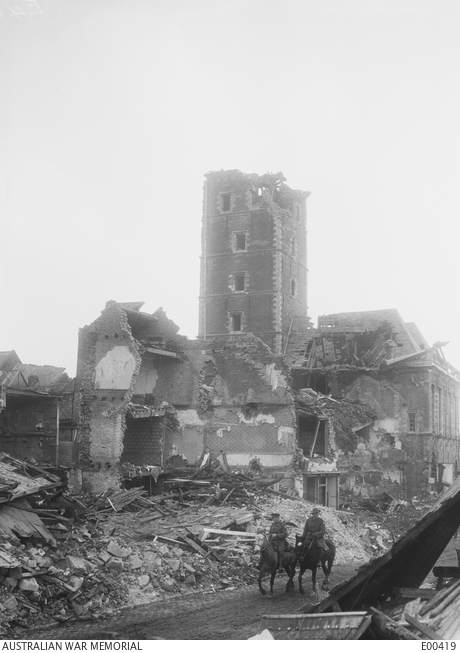 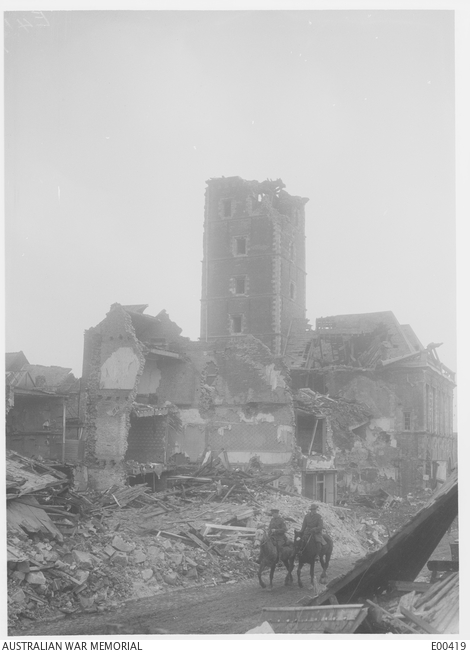 View of the wrecked Town Hall at Bapaume. Early on the morning of the 26 March 1917, two companies of the 22nd Battalion moved into Bapaume to billet in the Town Hall. Their move, was by accident, delayed for an hour. In the brief interval between the departure of its later occupants and the arrival of the companies, the building was blown up by an ingenious clockwork mine left by the enemy, and the men, instead of taking over their promised billet, were given the task of shovelling it off the road.