A platoon of B Company, 52nd Battalion, at the 4.30pm burial of Major William Alexander Craies, ... 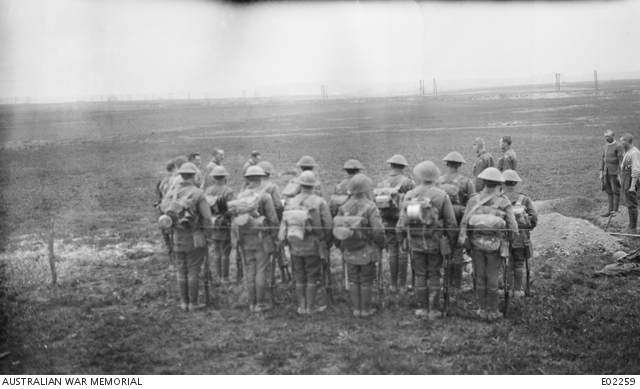 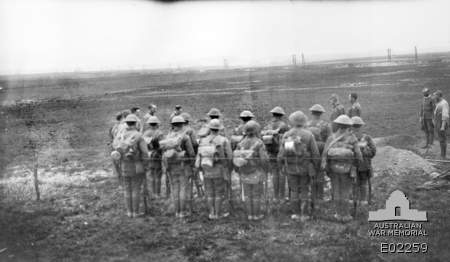 A platoon of B Company, 52nd Battalion, at the 4.30pm burial of Major William Alexander Craies, their Commanding Officer. He led B Company in the counter-attack at Villers Bretonneux on the night of 24 April and was mortally wounded by a sniper the following day. He was buried by Chaplain Rev. Donald Burns Blackwood. Standing around the grave (no helmets), left to right: (heads only visible); Lieutenant Robert Dickson; unidentified platoon commander; Major Richard Francis Fitzgerald; Lieutenant Colonel John Lawrence Whitham (with moustache); Major Blackwood, Chaplain (head bowed); Pipe Major, Sergeant Robert Whyte is the figure fourth from the right of the group of four men without helmets, and was the lone piper who played at the funeral. Lieutenant George Gill, Adjutant (possibly third from right, without helmet) has been listed in the keysheet as present.