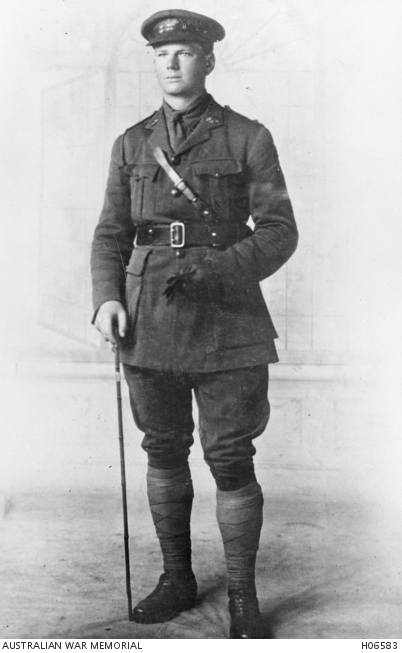 Studio portrait of Second Lieutenant (2nd Lt) Walter Stephen Filmer, 22nd Battalion. A school teacher from Yarram, Vic prior to enlistment, 2nd Lt Filmer embarked with the rank of Private with the 11th Reinforcements from Melbourne on RMS Orontes on 29 March 1916. After promotion through the ranks he was appointed 2nd Lieutenant and, on 3 May 1917, was killed in action near Bullecourt aged 24. He his commemorated on the Villers-Bretonneux Memorial.