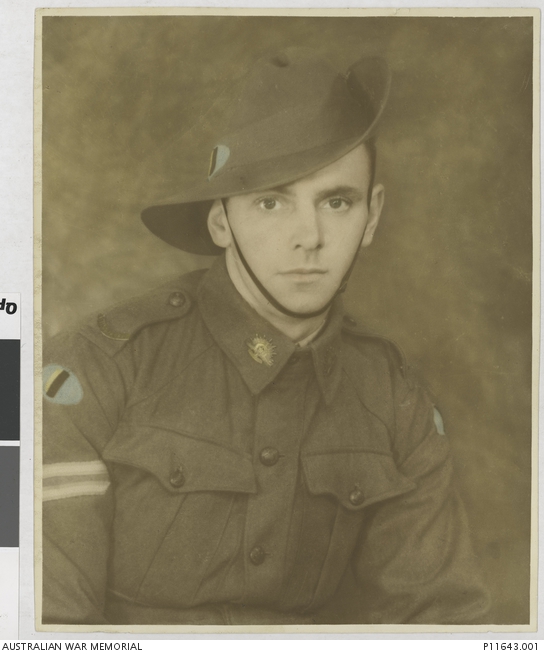 Clement Douglas Coridas was born at Maffra, Victoria on 21 January 1909 to Arthur James Coridas and Ada Kincaid. His father died in 1913 and his mother married Herbert William Tooley in 1915.
Before the Second World War, Clement was employed as a Commonwealth Peace Officer. He enlisted in the Second Australian Imperial Forces on 26 July 1940 in Melbourne and was posted to the 2/29th Infantry Battalion on 25 November 1940. He trained at the Second Military District until July 1941. It was during this period that Coridas was promoted to acting corporal. He embarked from Australia for Singapore on 30 July 1941 on board HMT EE (Marnix van St. Aldegonde).
Haven fallen ill on the trip to Singapore, Coridas did not re-join his unit until December 1941. He was serving with his unit when the Fall of Singapore occurred on the 15th February 1942, and was initially believed to be missing in action. However, he was confirmed as prisoner of war of the Japanese in September 1943.
Coridas was recovered from Changi Prisoner of War camp on 5 September 1945 and returned to Australia on 22 September 1945 on board Esperance Bay. He spent the next nine months in and out of hospital and was discharged on 9 July 1946.
After the war he worked as a collector, listing his place of residence as with his brother and sister-in-law at Box Hill, Victoria.
Clement Douglas Coridas died at the age of 58 on 28 August 1967 at Wonthaggi, Victoria.