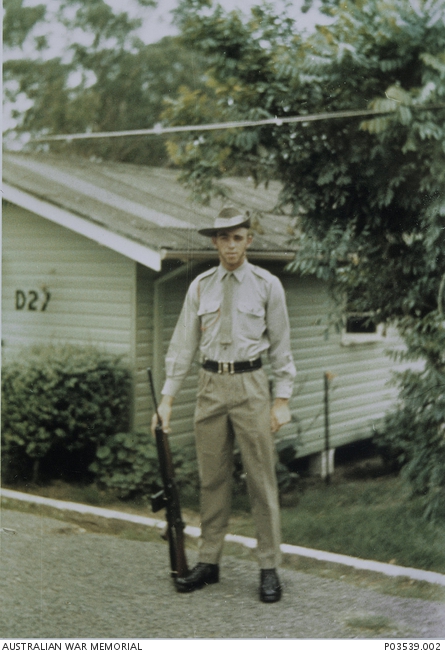 Colin Joseph Whiston was born on 8 May 1945 in Sydney, New South Wales. He was a National Serviceman in the Australia Army. He served in Vietnam with the 1 Australia Reinforcement Unit from 13 June 1966 to 3 August 1966 when he transferred to 6th Battalion, Royal Australian Regiment. Private Whiston was killed in action on 18 August 1966. He is commemorated in the Garden of Remembrance, Victoria.