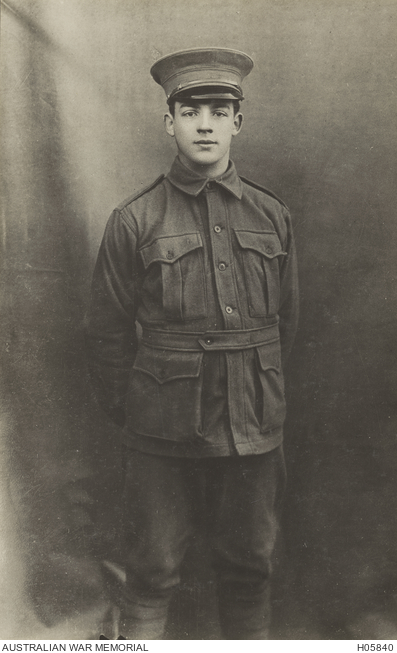 Private James Fitzgibbon Daly (4643, 58th Battalion) was born in Ballarat, Victoria, and was working as an apprentice salesman with Beath Schiess and Company when he enlisted in July 1915. James was a killed in action on 19 July 1916 during the Battle of Fromelles and is buried in the Rue-Du-Bois Military Cemetery, Fleurbaix, France. James’ mother wrote that he was 17 years of age at the time of his death. His brother William Warren Daly died three days later of wounds received during the same battle.