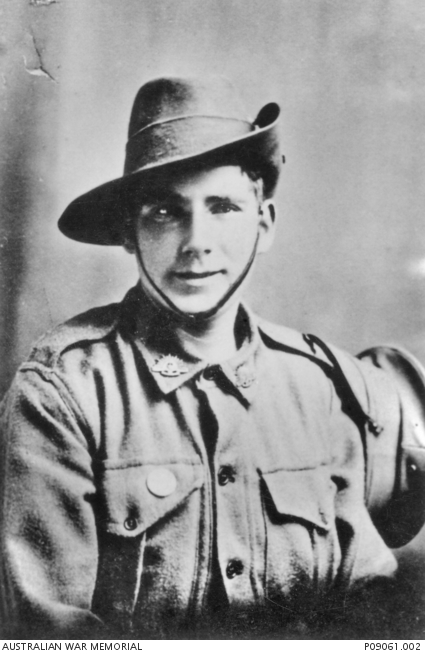 Private Gerald Patrick Heavey (2160, 1st Battalion) was born in Bungendore, NSW, and was working as an orchardist at Katoomba when he enlisted in February 1917. He was attached to the 1st Australian Light Trench Mortar Battery in March 1918. Gerald was wounded on 17 April 1918 when a shell landed directly on the battery’s headquarters on the front line near Strazelle, and he died later the same day. Gerald is buried Ebblinghem Military Cemetery, Ebblinghem, France. His father recorded Gerald’s age as 17 years.