Nicholas Bannon was born at Dublin in 1895, the son of James and Ellen Bannon. He was living in Brisbane and working as a kitchenman when he and his brother John enlisted in the Australian Imperial Forces on 10 March 1916 at Brisbane.
Bannon embarked from Sydney on 30 September 1916 aboard HMAS Aeneas. He disembarked at Plymouth on 19 November 1916 and proceeded to France in March 1917.
His brother John’s letters to his father mention being gassed and describes the effect on both brothers during October 1917 in Belgium. Nicholas visited the doctor on 1 November with red and running eyes before being returned to duty.
Bannon received a Military Medal gazetted in the London Gazette on 4 February 1918 for his action during the night of 1-2 November 1917. When a gun pit was hit, at risk to his own personal safety, he extinguished the fire and moved ammunition to a safe position.
Bannon married Regina Clara Holman at Chelsea, London on 22 May 1919. Nicholas Bannon was living in Sydney when he died in 1978. 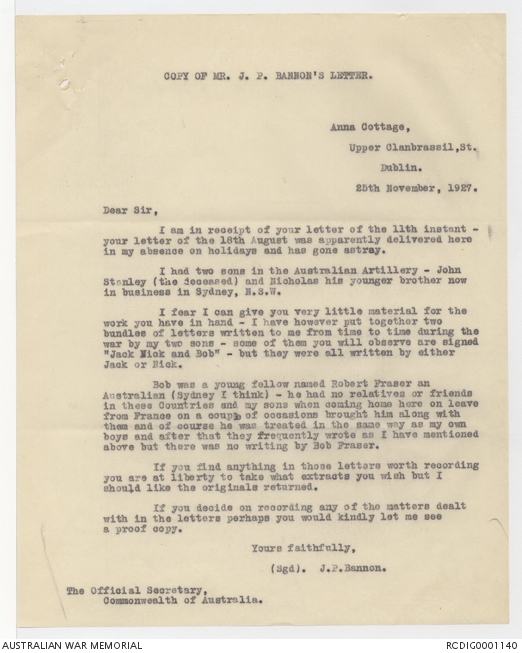 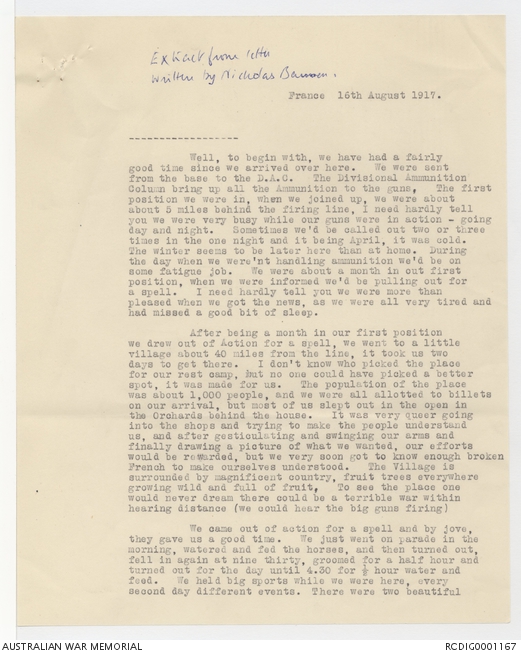