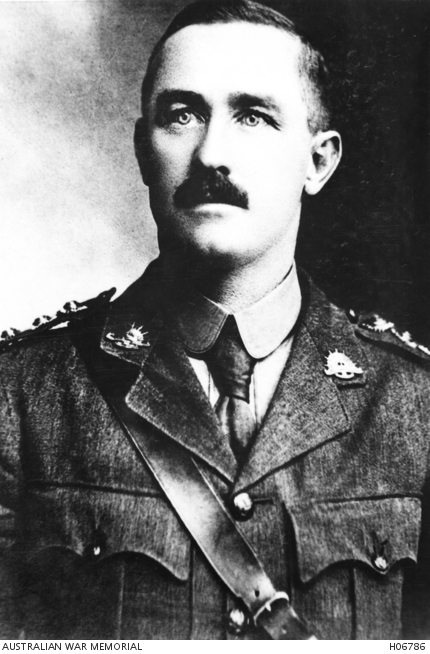 Frederick Tubb was born at Longwood, Victoria, in November 1881. He left school to manage the family farm, and later became a grazier in his own right. He served with the Victorian Mounted Rifles and the 58th Infantry Regiment in which he was commissioned. Tubb enlisted in the AIF in August 1914 and was posted to the 7th Battalion as a second lieutenant. He was promoted to lieutenant in February 1915, reached Gallipoli in July, and was gazetted captain on 8 August. On the same day he took over a vital sector of trench at Lone Pine, with orders to 'hold it at any cost'.

Early the following morning the Turks launched a massive attack, advancing along a sap barricaded with sandbags. Although Tubb was blown from the parapet and the barricade repeatedly wrecked, each time it was rebuilt. At one point a large explosion blew in the barricade and Tubb, wounded in the arm and scalp, was left with Corporals Alexander Burton and William Dunstan. He led them into action, shooting three Turks and providing covering fire while the barricade was rebuilt.

After the attack Tubb was evacuated to Britain to recover, and was awarded the Victoria Cross. Rejoining his battalion in France in 1917, he took part in the Menin Road attack in Belgium in September. Again Tubb showed great courage, leading his company to its objective, but he was mortally wounded by shell-fire. He was buried in the Lijessenthoek military cemetery, Belgium.

Citation (abridged):
In the early morning of 9 August the enemy made a determined counter-attack on the centre of a newly captured trench held by Lieutenant Tubb. They advanced up a trench and blew in a sandbag barricade, leaving only a foot of it standing. Tubb led his men back, repulsed the enemy and rebuilt the barricade. Strong enemy bombing parties succeeded in twice again blowing in the barricade, but on each occasion Tubb, although wounded in head and arm, held his ground with the greatest coolness, rebuilt it and succeeded in maintaining his position under very heavy bomb fire. 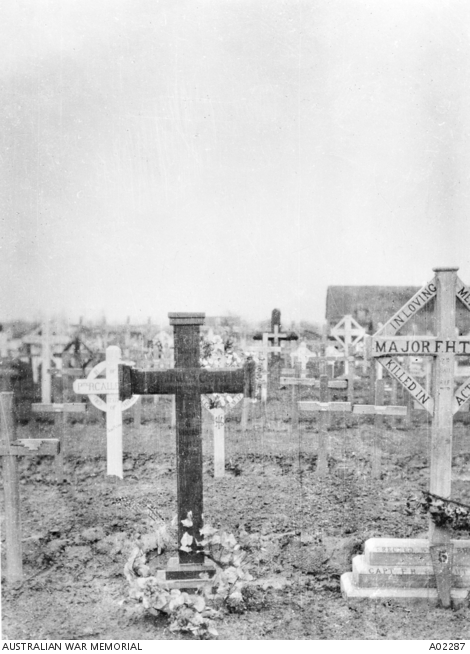 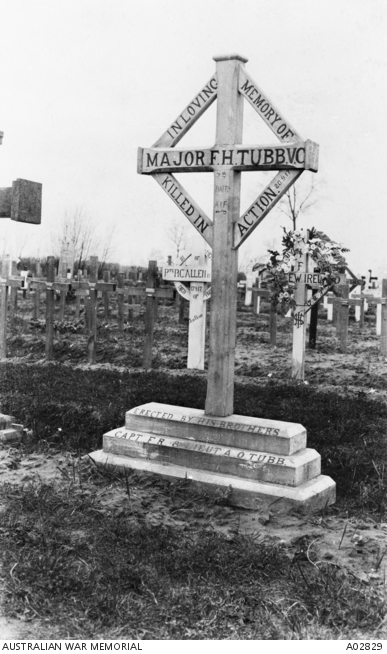 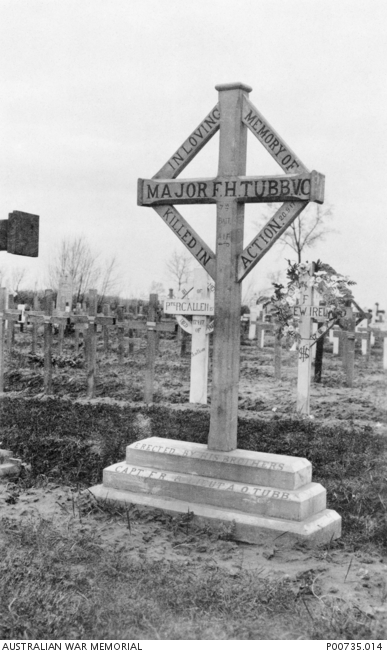