Sydney Lyne Huntingdon was born in Southend on Sea, Essex, England on 16 Janurary 1876 He was the Illegitimate son of Thomas Raven and Elizabeth Lyne Smith, born while Thomas was legally married to Ellen Sarah Windson Spokes. After his father,Thomas Raven, changed his name to Huntingdon, Sydney adopted the same surname around 1885-1890.
In 1896 aged 20 he emigrated to Australia. He settled and found work in Hobart Tasmania, as a Painter and Paperhanger. Unfortunately this business was unsuccessful and Sydney filed for bankruptcy on the 17th August 1907. Sydney married Hilda (nee Nation b. 1880 d. 1963) in 1902 and they had five children, Ruby Isabel Constance Huntingdon (abt 1904-1990), Sydney James Huntingdon (1905-1975), Keith William Huntingdon (1906- ), Alan Lyne Huntingdon (1908- ), Dorothy (Dolly) Phyllis Huntingdon (1909-1981).

Huntingdon was a florist when he enslisted at the age of 41 on 17 Janurary 1917 in Hobart Tasmainia and embarked on 21 November 1917 for active service overseas. His first main battle was the storming of Hamel in France on the 4th July 1918 in the 2nd Machine Gun Battalion. In early May 1919 he was selected as an instructor under the A.I.F. Education Services and retained the rank of ER/ Cpl. On the sixth of October 1919 he left England for return to Australia, disembarking in Hobart on 26th November 1919.

Sydney Lyne Huntingdon was discharged on the 26th December 1919, and continued to work as a florist. Sydney died on 23rd October 1923 and is buried in Sydney, New South Wales, Rookwood cemetery. He was 47 years old. 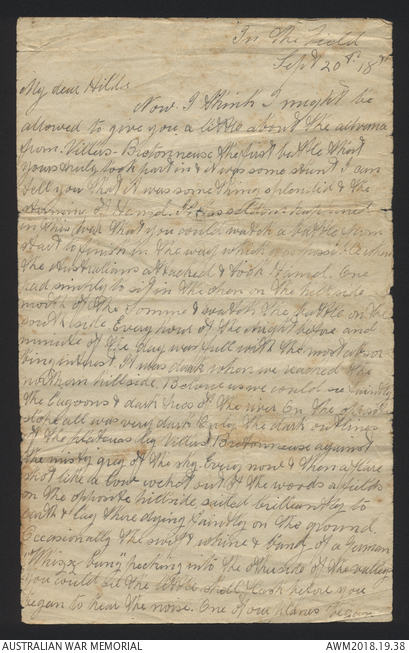 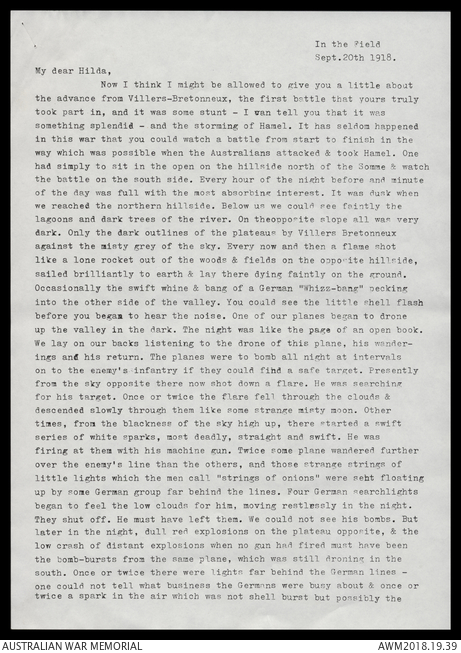 Typescript of a letter written by Sydney Lyne Huntingdon to his wife Hilda Huntingdon, 1918

Typescript of a letter written by Sydney Lyne Huntingdon to his wife Hilda Huntingdon, 1918