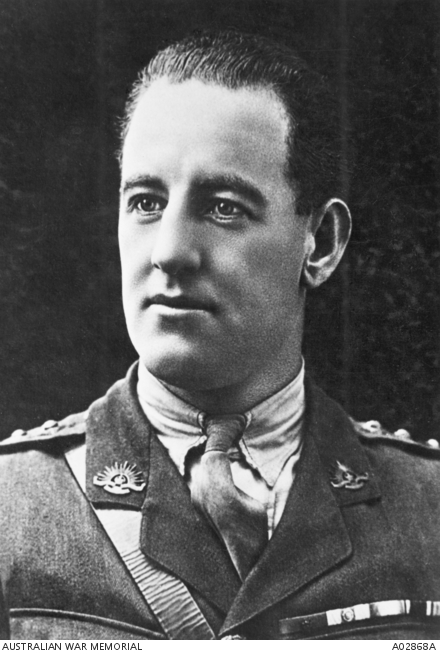 Albert Jacka was born on 10 January 1893 at Layard in Victoria. He completed elementary schooling before working as a labourer, first with his father and then with the Victorian State Forests Department.

He enlisted in the Australian Imperial Force on 18 September 1914 as a private in the 14th Battalion. After training in Egypt Jacka's battalion landed at Gallipoli on 26 April 1915. Just over three weeks later on 19 May, with the ANZACs now entrenched above the beaches, the Turks launched large-scale frontal assaults against their positions. Some Turks captured a small section of trench at Courtney's Post. Early attempts to drive them out failed, until Jacka, taking advantage of a diversion created by bomb throwers at one end of the Turkish position, leapt in, killing most of the occupants. For this he was awarded Australia's first Victoria Cross of the First World War.

Jacka quickly became famous - his likeness was used on recruiting posters and his exploits featured regularly in newspapers, particularly in his native Victoria. He began a rapid rise through the ranks, finally becoming a captain in March 1917. Jacka having risen no higher has been attributed to his frequent disputes with superior officers.

After Gallipoli the 14th Battalion was shipped to France, where, at Pozières in August 1916 and at Bullecourt in 1917 he won the Military Cross and a bar to that award. The Australian official historian, Charles Bean, described his actions at Pozières, during which he recaptured a section of trench, freed a group of recently captured Australians and forced the surrender of some fifty Germans, as "the most dramatic and effective act of individual audacity in the history of the AIF." He was severely wounded during this action and was hit by a sniper's bullet in July 1917. On each occasion he returned to the front, always furthering his reputation as one of the AIF's most respected warriors. In May 1918 he received the wound that ended his combat career, this time during a German gas bombardment near Villers-Bretonneux.

Jacka returned to Australia in September 1919. Greeted by a large crowd upon his return, Jacka was described in one newspaper as "the symbol of the spirit of the ANZACs." After being demobilised in January 1920 he went into business with two former members of his battalion. He married the following year and he and his wife later adopted a daughter. In 1929 Jacka was elected to the St Kilda Council becoming mayor the following year. His political career was characterised by his strong interest in assisting the unemployed. Meanwhile his business, which had performed well until the late 1920s, was forced into voluntary liquidation in 1930.

At the same time Jacka's health began to deteriorate. He entered Caulfield Military Hospital in December 1931 and died from kidney disease the following month. More than 6,000 people filed past his coffin as it lay in state and his funeral procession, flanked by thousands of onlookers, was led by over 1,000 returned soldiers - the coffin was carried by eight Victoria Cross winners. Jacka was buried with full military honours in St Kilda cemetery.

Citation:
For most conspicuous bravery on the night of the 19-20th May, 1915, at Courtney's Post, Gallipoli Peninsula. Lance Corporal Jacka, while holding a portion of our trench with four men, was heavily attacked. When all except himself were killed or wounded, the trench was rushed and occupied by seven Turks. Lance Corporal Jacka at once most gallantly attacked them single-handed and killed the whole party, five by rifle fire and two with the bayonet. 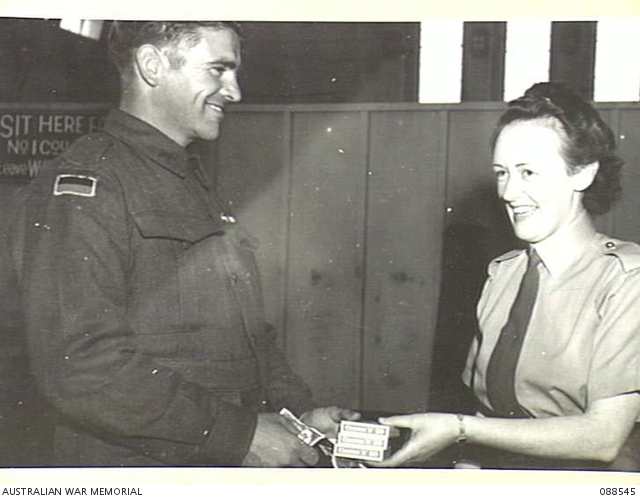 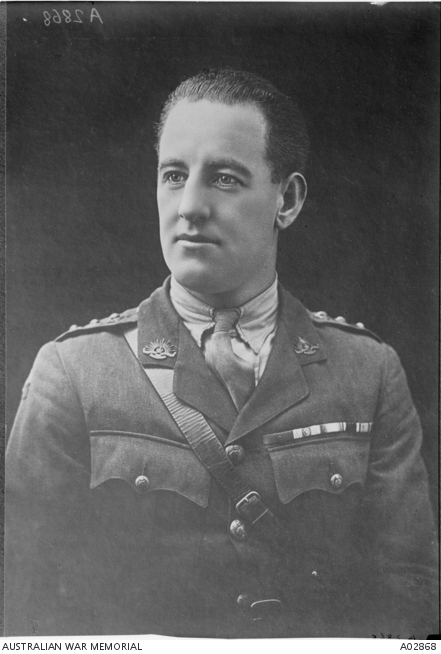 Studio portrait of Captain Albert Jacka VC MC and Bar of the 14th Battalion. Jacka was the first ... 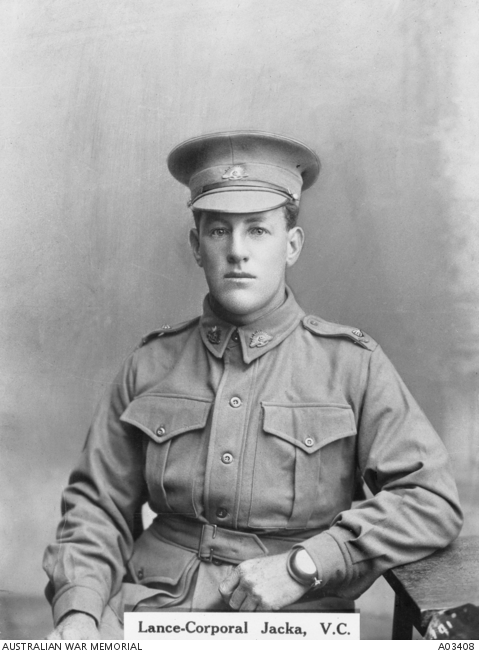 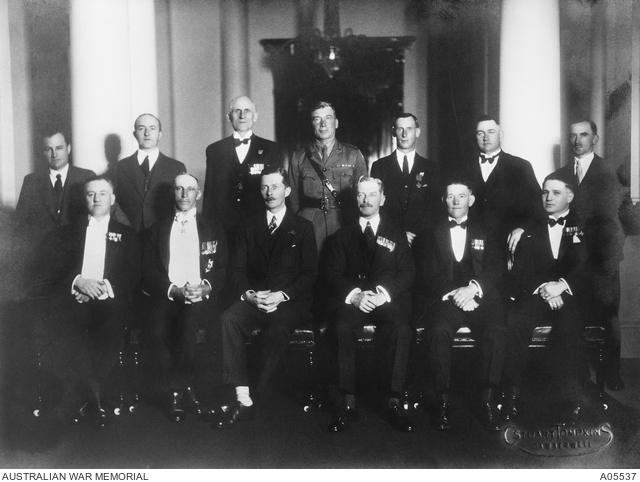