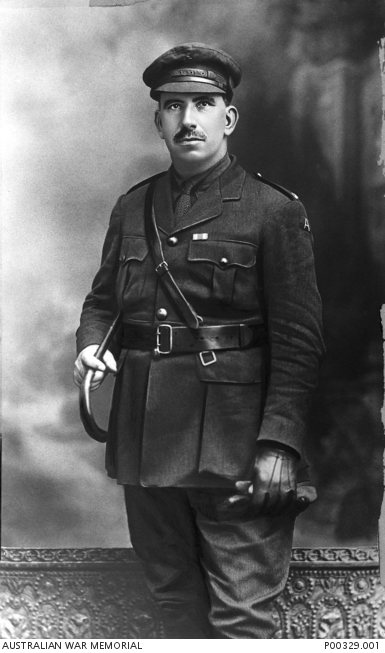 William McKenzie was born on 20 December 1869 at Biggar, Lanarkshire, Scotland, to farmer Donald McKenzie and his wife Agnes. He was the third of nine children. In 1884, at fourteen years old, they migrated to Australia and settled near Bundaberg, Queensland. There, he and his siblings worked for his father on their sugar cane farm and smallholding. In July 1887, after several encounters with members of the Salvation Army and a deep personal conviction, William McKenzie became a devout Christian at the age of nineteen. In January 1890 he received his first appointment as a Salvation Army Lieutenant, and by October that year was promoted to Salvation Army Captain.
On 21 June 1899, William McKenzie married fellow Officer Annie Dorothea Hoepper in Horsham, Victoria. By 1911, William and Annie had four children and had settled in Bendigo where William was a Salvation Army Brigadier.

After the outbreak of the First World War, William McKenzie was officially appointed as chaplain to the 1st Brigade of the Australian Expeditionary Force on 25 September 1914. He embarked on the Euripides on 19 October 1914 as the chaplain attached to the 4th Australian Infantry Battalion, arriving in Alexandria on 3 December 1914. On 25 April 1915 McKenzie arrived at Gallipoli with the first troops to land, however stayed on the boat helping doctors attend to wounded men. On 10 May 1915 he was allowed to disembark and in his first ten days ashore, McKenzie buried approximately 170 men, often while under fire.

McKenzie was with the 4th Battalion as they took part in the Battle of Lone Pine in early August 1915. By this time, McKenzie had earned the nickname “Fighting Mac”. With the evacuation of Gallipoli in December 1915, McKenzie travelled to France. Throughout all of his war service, McKenzie buried the dead and helped the wounded. He also held services in the trenches when possible. McKenzie became known for his efforts to uplift the spirits of the men across Egypt, Gallipoli, and France through organising large concerts and meetings in which songs, some of which were composed by McKenzie, were performed.
McKenzie was mentioned in despatches and later gazetted a Military Cross on 3 June 1916. With the strain of his immense work load, McKenzie suffered many bouts of ill health and depression. He was requested to return to Australia and did so in early March 1918.

Upon his return, William McKenzie spoke in many Memorial Meetings with high attendance, largely from men who served with him and the families of fallen soldiers. However, after his return from the war, he continued to have poor health and suffered from nightmares and memory loss. William and Annie resided in the Sydney suburb of Earlwood from 1938, and he formally retired from active ministry on 1 March 1939. McKenzie’s long illnesses ended on 27 July 1947. He died at the age of 77 and was buried in Rookwood Cemetery, Sydney. 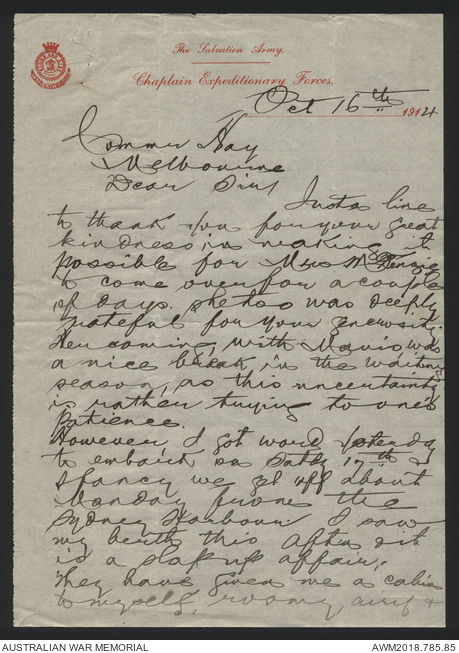 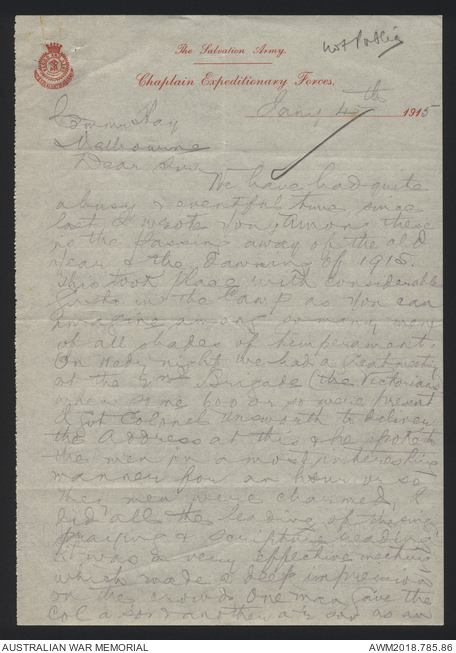 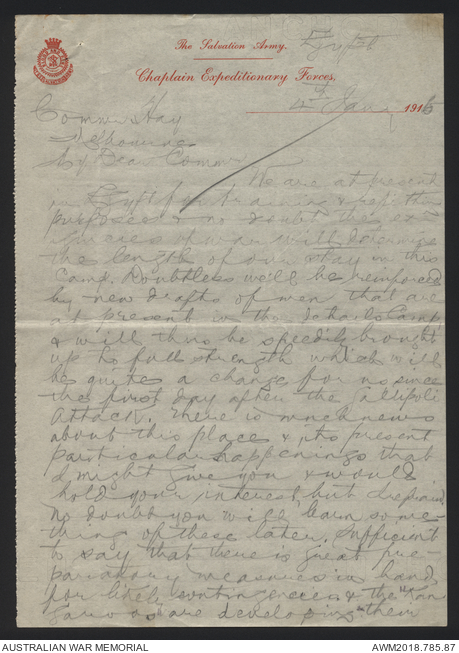 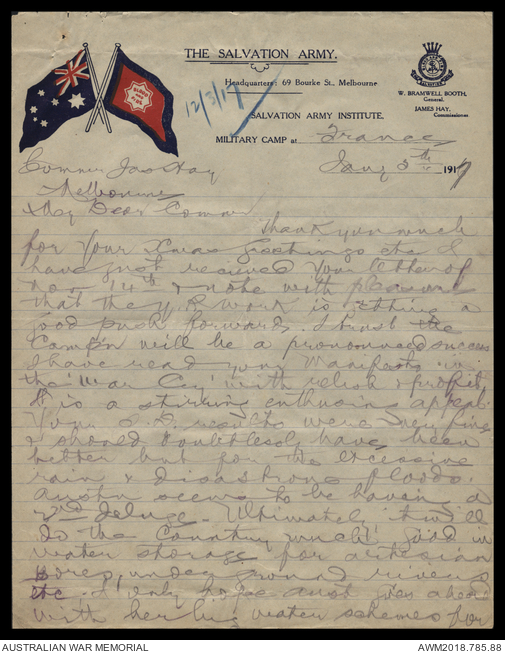