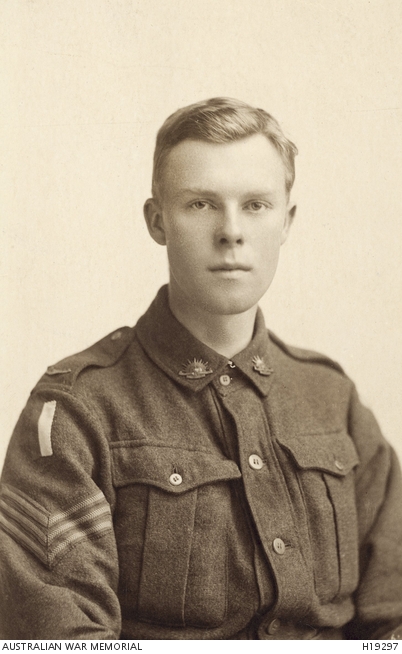 William George Blaskett was born at Folkestone in the county of Kent on 9 June 1895 to William and Elenor (nee Ward). His family moved to nearby Canterbury, where William subsequently attended the Simon Langton Grammar School on the outskirts of the historic city. At fifteen he was employed as a solicitor’s clerk and at seventeen was labouring as a farmhand before immigrating to Australia with his family. The Blaskett’s departed London on 6 December 1912, disembarked at Adelaide on 6 January 1913, and settled in the inner northern suburb of Bowden. William sat civil service examinations in May of the same year and entered Government service shortly after as a clerk with the Hydraulic Engineer’s Department.

At the age of twenty, William enlisted with the Australian Imperial Force on 2 August 1915. He spent three months training before embarking from Outer Harbour, Adelaide, as an acting corporal with the 16th Infantry Battalion aboard HMAT Benalla on 27 October 1915. William arrived in Egypt during late November and subsequently entrained to Zeitoun with his battalion, where he completed the majority of his overseas training. He was transferred to the 48th Infantry Battalion and promoted to the rank of temporary corporal on 9 March 1916, followed by another promotion to temporary sergeant a month later.

William suffered a gunshot wound to his left hand during a training accident on 11 May 1916. He spent almost three weeks in hospital before rejoining his battalion at Serapeum just days before it proceeded to France. The 48th Battalion disembarked at Marseilles on 9 June and proceeded to the Somme battlefields in northern France, where William spent the remainder of his active service in the midst of heavy fighting.

During the Battle of Pozieres, the 48th Battalion was tasked to relive the 27th Battalion near Bapaume Road on 5 August. In a German counter-attack launched on the following day William was rendering aid to an injured soldier when a shrapnel shell exploded overhead. He suffered a series of lacerations including a serious shrapnel wound to the back, and subsequently spent over two months recovering in hospital before rejoining his battalion on 20 November 1916. He received his final promotion to the rank of 2nd lieutenant on 8 February 1917.

On the morning of 11 April 1917 William led his platoon in the first wave during the ill-fated First Battle of Bullecourt. After advancing past the first line of German trenches, William was killed by machine gun fire whilst entering the second line of trenches. His parents named their family home ‘Bullecourt’ in honour of their fallen son. 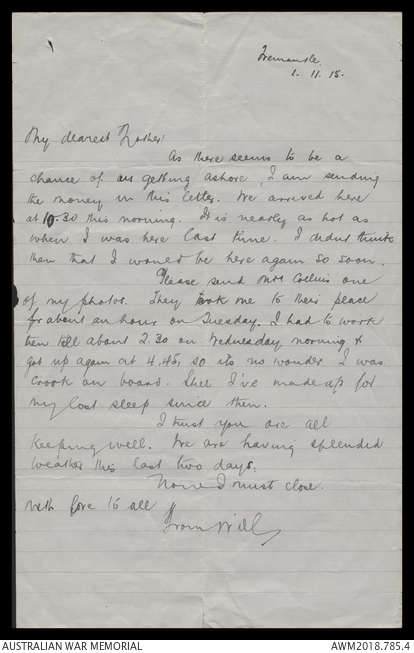 Letters from William George Blaskett to his family, 1915-1916 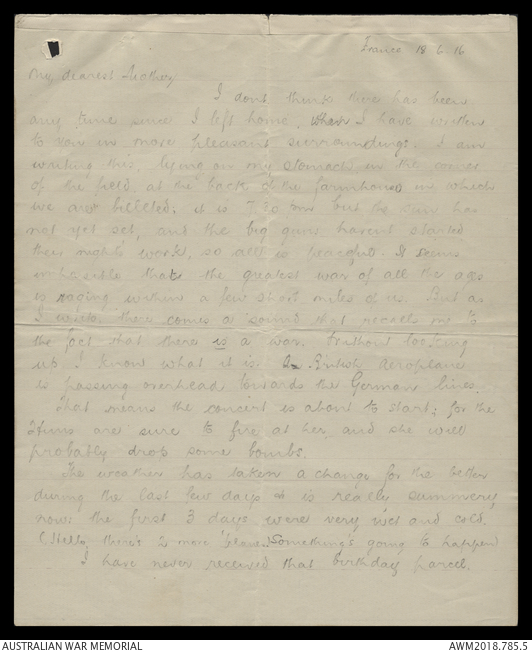