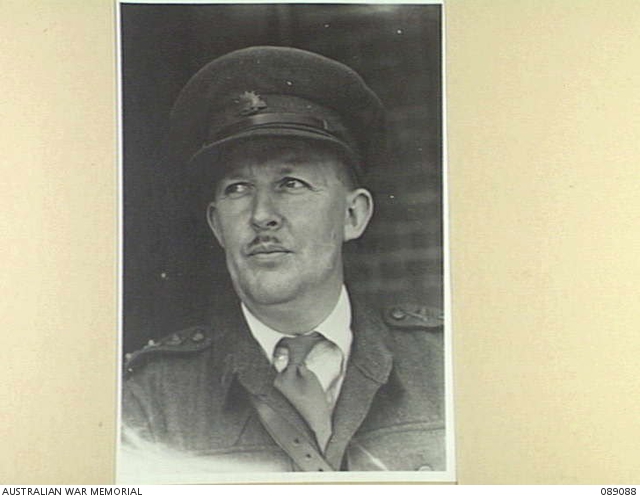 James Edward Flett grew up in the goldfields of western Victoria. In 1927–28 he studied evening classes at the National Gallery of Victoria Art School in Melbourne, where he won a number of student prizes. During the 1930s he worked as a skilled printmaker with fellow artists Nutter Buzacott and Noel Counihan. Influenced by the works of Norman Lindsay, Flett produced a book of his linocut illustrations in 1931, entitled Pirates, with an introduction by Blamire Young.

Flett’s artistic acclaim grew as he continued to exhibit his work in Melbourne. In 1933 Arthur Streeton described his paintings as being “full of character” and “admirable in the simplicity of the few washes of colour”. In May 1939 he received praise from art critic and eventual official war artist Harold Herbert, who said: “Mr Flett is the leader of this exhibition … [His work is] rich in colour and effective in composition.”

In March 1945, on the recommendation of the Australian Academy of Art and the late Harold Herbert, Flett was commissioned as an official war artist. Now 39 years old with no prior military experience, Flett was attached to the Australian Military History Section. On 5 May 1945 Flett left Australia for Morotai in the Netherlands East Indies, and later travelled to Brunei. He primarily documented the activities of the 2/17th Australian Infantry Battalion, which had arrived in Brunei on 10 June 1945. Flett also spent time documenting the activities of the 2/28th Battalion, the Headquarters of the 24th Brigade, and the 20th Brigade in Brunei.

Arriving late in the war, Flett felt that the area to which he was deployed was uneventful and did not present substantial enough material for him to effectively complete his job. Upon arriving in Brunei Bay Flett wanted to return to Morotai to depict the more dynamic military activity of the landing craft on Red Beach and the RAAF Spitfires and Beaufighters. In a letter to the Military History Section he wrote: “Brunei has been a very small show with next to nothing in the way of spectacular war art.” During his three-month deployment he created detailed sketches, preferring to finish the drawings back in Australia. Flett used an Agfa 35-millimetre camera and 16-millimetre cine colour film to capture events which he would revisit in his studio in Dunolly.

Flett’s commissioned works were reflections on the reality of war. He documented the destructive nature of conflict as it occurred as well as its aftermath, including encounters with Japanese troops and wounded, oil fires, and the activities of the British Borneo Civil Administration Unit. His work features a range of experiences, from soldiers gambling or playing deck hockey aboard HMAS Kanimbla, or relaxing at the 24th Brigade carnival, to the official visits of General MacArthur, Major General Sir George Wootten, and the Sultan of Brunei and his wife.

Flett’s official commission concluded in July 1946. After the war he returned to printmaking and subsequently went on to publish numerous books on the history of the Victorian goldfields. He passed away in 1986.