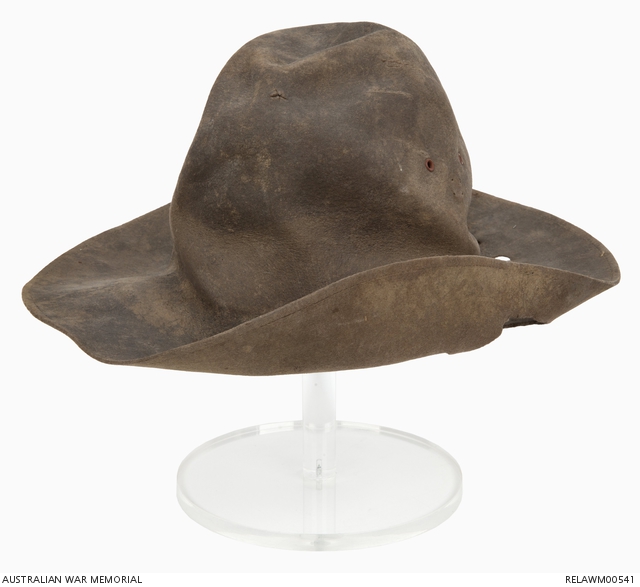 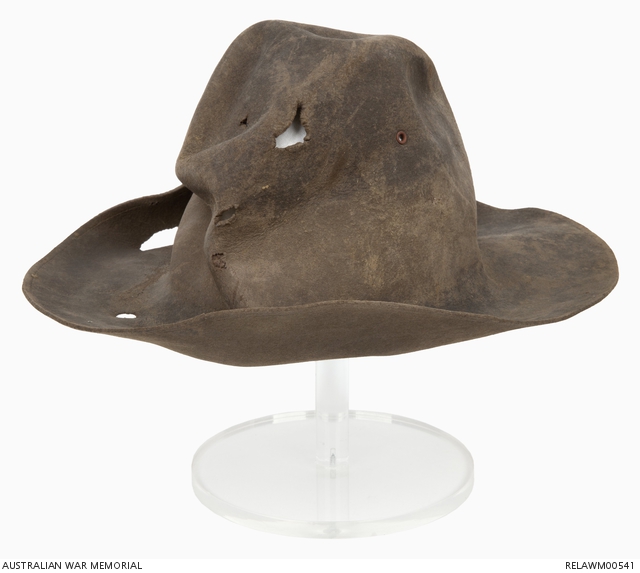 Australian khaki fur felt slouch hat with four small regular ventilation holes in the crown. There are several further holes in the crown as well as two holes in the brim which appear to have been caused by shrapnel or bullets. The hat is missing its Rising Sun badge and the hook attachment on the crown. It has been pushed out of shape and is covered with mud and water stains.

This slouch hat, belonging to an unknown Australian soldier, was found on the Fromelles battlefield in northern France at the end of the First World War.