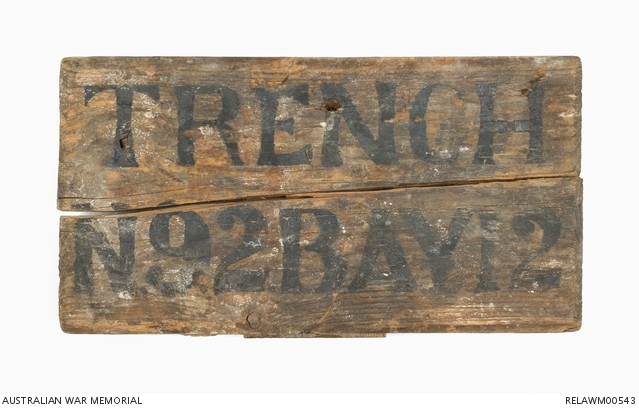 Split wooden trench sign with a later wooden brace nailed to the back for additional support. Stencilled black paint on the front is: 'TRENCH N 92, BAY 12'.

Sign found in British trenches from which both the Australians and British advanced in their attack on Fromelles on 19 July 1916. The sign may have come from a section of front line trench numbered 'N92' , which was opposite Les Rouges Bancs, around a kilometre north east of Fromelles.