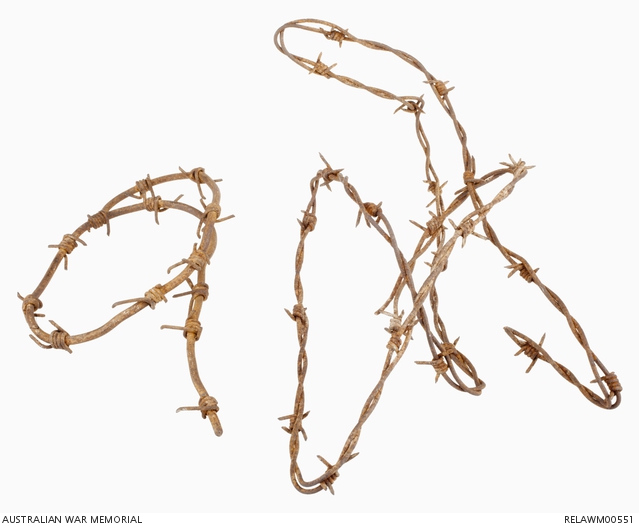 These sections of barbed wire were taken from the German trenches which the 15th Australian Infantry Brigade attacked at Fromelles on 19 and 20 July 1916.