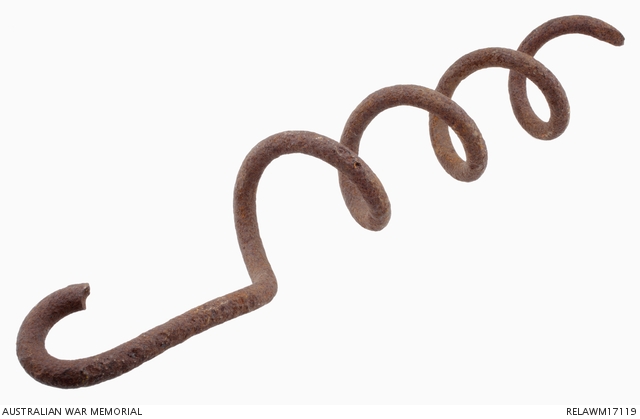 Corkscrew picket made from a steel bar which has its bottom end bent into a spiral coil. It has four loops or 'eyes' .

Screw pickets, used as supports for barbed wire defences, were introduced around 1915 as a replacement for timber posts. The picket was screwed into the ground by wiring parties, often operating at night, by turning it in a clockwise direction using an entrenching tool handle or a stick inserted in the bottom eye of the picket for leverage. The bottom eye was used in order to avoid bending the vertical bar of the picket, whose eyes supported the lengths of barbed wire.