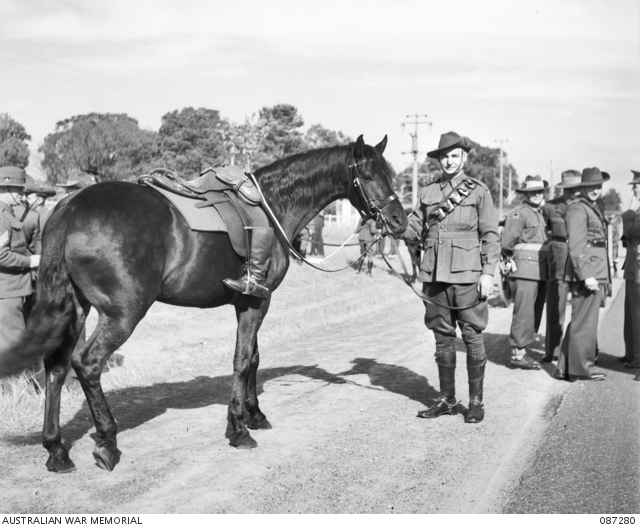 Sir Harry Chauvel's horse with the rider's boots set in reverse. The horse followed the gun carriage during the funeral procession to Springvale Crematorium.

Anzac Day marches and other memorial parades are often led by a lone, riderless horse, with a pair of boots set backwards in the stirrups and the saddle stripped. Ancient peoples, such as the Saxons and Scythians, used to bury a great warrior's horse with him so that it could serve him in the afterlife. This practice was continued in some European countries until the late eighteenth century. In modern times, custom has been kinder to the horse,which has been led in its master's funeral procession with his boots reversed as a sign that a warrior has fallen in battle. A lone charger has been added to some Anzac Day parades as an additional symbol of respect and mourning, often for the men of the Light Horse units.