The battle of Long Tan was fought on 18 August 1966. One-hundred-and-five men from D Company, 6th Battalion, Royal Australian Regiment (6RAR) and three New Zealanders from an artillery forward observation party from New Zealand’s 161 Field Battery, encountered a force of more than 2,000 Viet Cong soldiers. During the battle, 17 Australians were killed and a further 25 were wounded, one of whom later died of wounds. This was the highest number of Australian casualties incurred in any one engagement of the Vietnam War.

The losses on the Vietnamese side were at least 245 dead, an estimated 350 wounded, and three captured.

The Australian War Memorial will mark the 52nd anniversary of the battle of Long Tan and Vietnam Veterans’ Day in August with a number of moving tributes honouring the 60,000 Australian men and women who served our nation throughout the Vietnam War.

Please note: A private function marking the Unit Citation for Gallantry to the RAN Helicopter Flight-Vietnam will be taking place in ANZAC Hall from 2 pm. The Gallery will not be opened to the public at this time.

The following program of commemoration will take place at the Memorial: 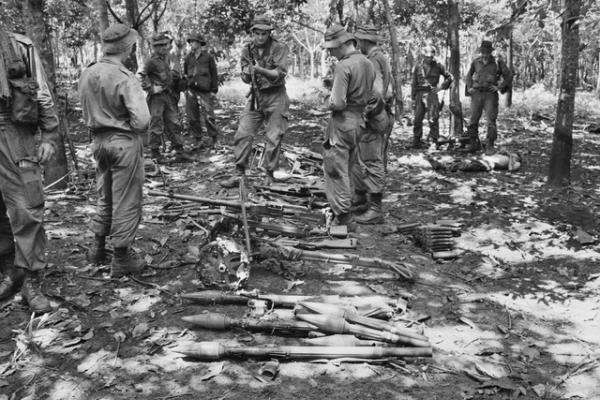 Australian soldiers fought in scores of fierce actions during the Vietnam War. Few were as intense or dramatic as the action in the Long Tan rubber plantation on 18 August 1966. Join the head of our Military History team and a curator with our Military Heraldry and Technology section as they discuss the valiant stand of 108 Australian soldiers which became a defining action of the Vietnam War. 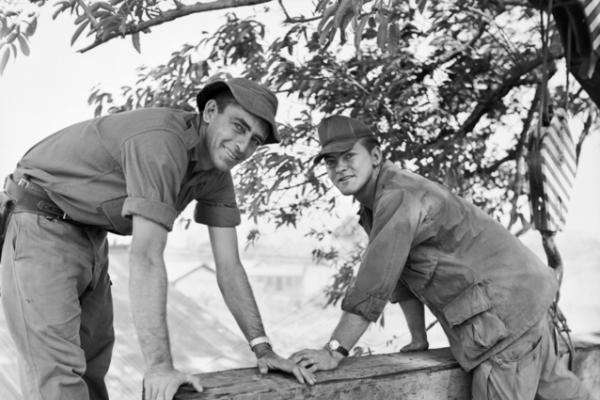 This Last Post Ceremony will commemorate Vietnam Veterans Day and the anniversary of the battle of Long Tan. It will remember the service and sacrifice of Petty Officer O'Brian Cedric Ignatious Phillips. 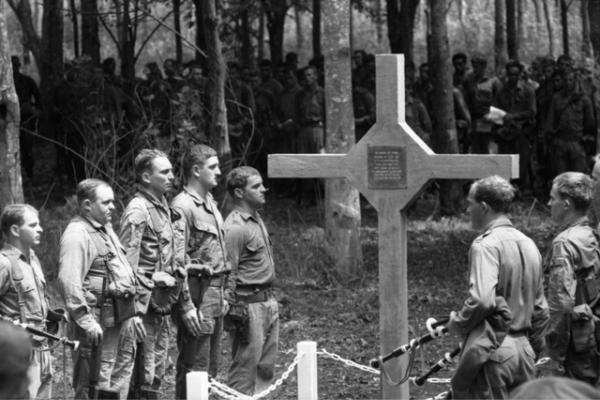 The original Long Tan cross and plaque erected on 18 August 1969 by 6RAR/NZ (ANZAC) on the site of 11 Platoon's last stand in the Long Tan rubber plantation.  The cross was removed for use as a memorial to a Catholic priest, Nguyen Van Chinh, and was later recovered by the Dong Nai Museum in Bien Hoa city, Vietnam. The original Long Tan cross will be on permanent display in the Australian War Memorial's 1945 to today gallery on the 52nd anniversary of the battle. 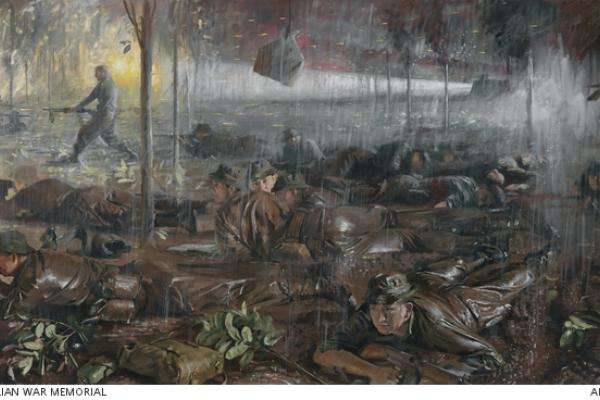 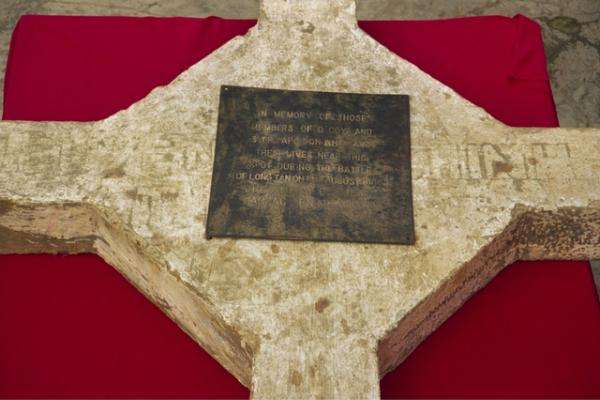 In the years immediately following the battle of Long Tan, the main focus of Australian task force operations gradually shifted to the more remote regions of Phuoc Tuy province and beyond. Few Australians visited the site of the battle in the Long Tan rubber plantation, although it lay less than five kilometres from the task force base at Nui Dat. Read more about the cross in Ashley Ekin's Wartime article, 'Unique memorial - the Long Tan cross'. 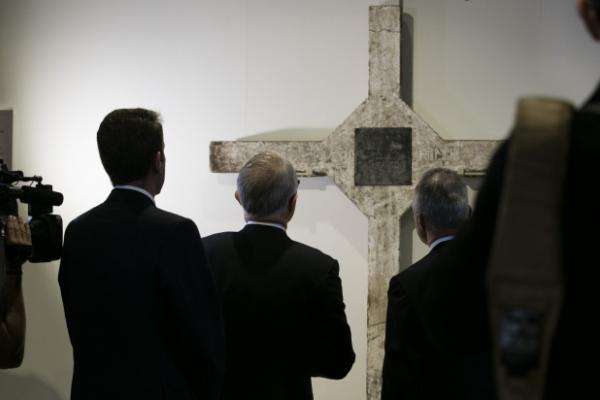 "That's where it belongs - on the wall in the War Memorial"

It was made of reinforced concrete and was flown in by helicopter before being set in to the red dirt at the site of Australia’s most costly engagement in the Vietnam War. But now the Long Tan Cross has a new home on the white walls of the Australian War Memorial. 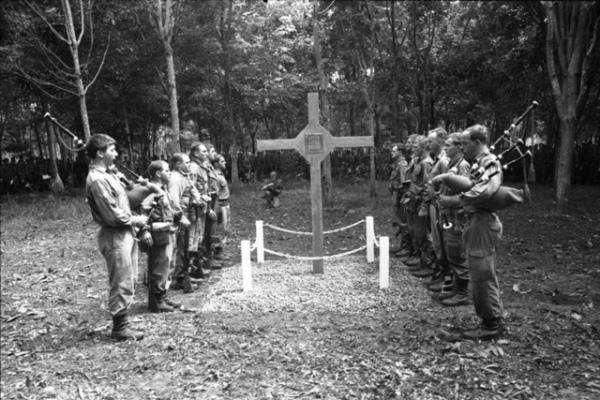 "With the heel of my boot I marked the site": the story of the Long Tan cross

It’s rough, scarred and made of concrete, but the Long Tan cross has a beauty and poignancy that transcends its rudimentary form.

Erected in memory of the 18 young men who died in one of the most intense and dramatic actions of the Vietnam War, the cross has been adopted by veterans to symbolise all Australians who died or were wounded in that conflict. 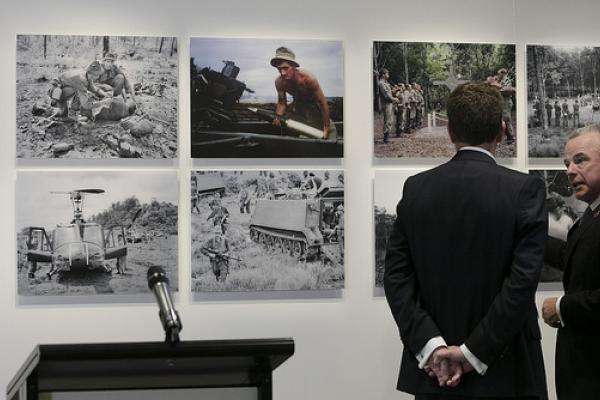 Unveiling of the Long Tan cross

"I say to Vietnam veterans of Long Tan, of all of the conflicts and battles across the Vietnam War, the families who love and support you, your descendants and for Australians this cross is and will be permanently displayed," said Director Dr Brendan Nelson at the unveiling of the Long Tan cross at the Australian War Memorial on 6 December 2017. 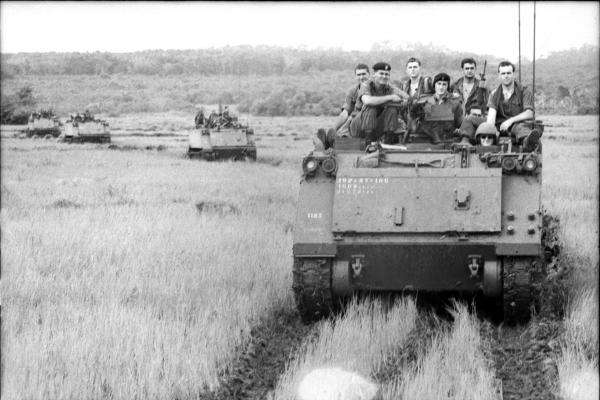 Key images from the battle of Long Tan

View key images in the Memorial's collection from the battle of Long Tan.

View photos from the battle of Long Tan 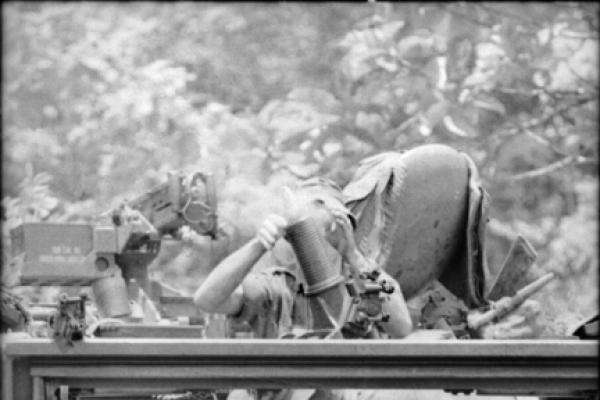 40th Anniversary of the battle of Long Tan 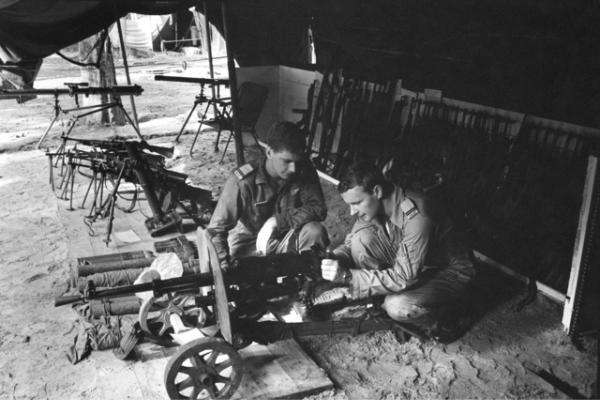 On 18th August 1966 a large force of Viet Cong advancing through a rain-swept rubber plantation encountered infantrymen from D Company, 6th Battalion Royal Australian Regiment.  Standing their ground against impossible odds, the Australians prevailed, killing at least 245 enemy, but losing 18 of their comrades in action. Left behind on the chaotic battlefield the next morning was a considerable quantity of enemy equipment – personal belongings, items of clothing, and a large number of weapons. 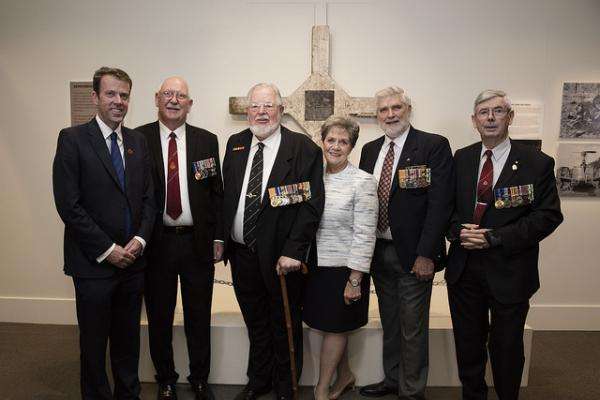 Photographs from the unveiling of the Long Tan cross

6 December 2017 at the Australian War Memorial

Photographs from the unveiling of the Long Tan cross at the Australian War Memorial on 6 December 2017. 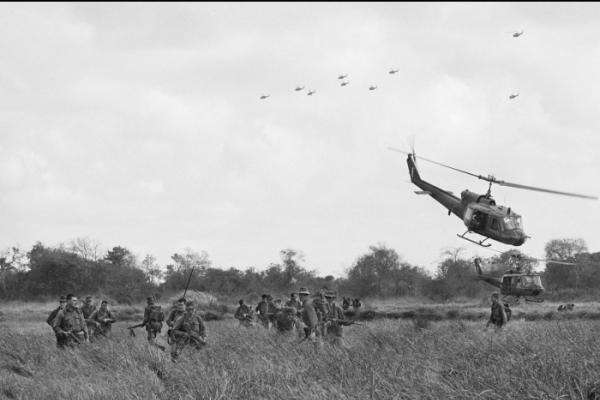 A walk in the light green

This online exhibition focuses on the popular song, I was only 19, which gives a first-person account of an Australian soldier's experience of the Vietnam War. Taking its title from the alternative name for the song, A walk in the light green presents a range of items from the Australian War Memorial’s collection – including items loaned by families involved with the song and a series of interviews ­– in order to flesh out the story behind the song.

Learn more about the song 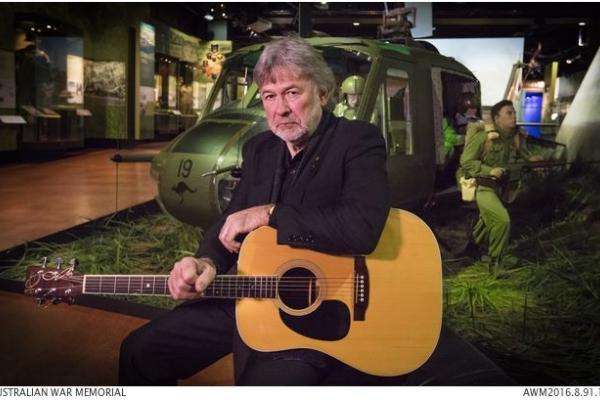 A walk in the light green

It’s the song that changed John Schumann’s life. But when the singer-songwriter sat down to write about the Vietnam War more than 30 years ago, he never dreamt the song would become a number one hit, or that its lyrics would one day be inscribed on a national memorial.