Flags at half mast 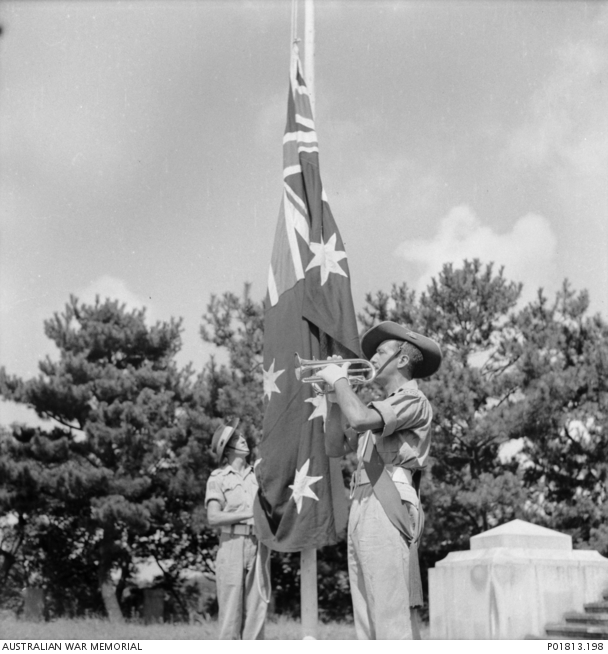 Yokohama, Honshu, Japan, 1948-08. As the Australian flag hangs at half-mast, a bugler from the 67th Infantry Battalion plays the Last Post during the burial service for a dead Australian soldier at the British Commonwealth war Cemetery.

The tradition of lowering flags to half mast as a sign of remembrance is believed to have its origins on the high seas. As a sign of respect or honour for important persons, sailing ships would lower their sails, thus slowing the vessel and allowing for the VIP's own vessel to come alongside and for him to board if so desired. Lowering of sails was also used to honour VIPs who were reviewing a naval procession from the land. In time only the ship's flags were lowered in a symbolic gesture. This practice was also adopted on land.

For information about Australian national flag protocol, please visit It's an honour, a web site managed and maintained by the Department of the Prime Minister and Cabinet.