The Rouse and the Reveille 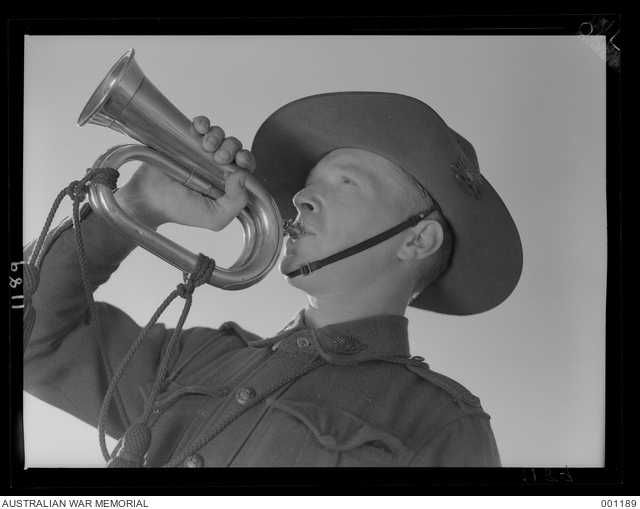 After the one minute’s silence, flags are raised from half mast to the masthead as the Rouse is sounded. Today it is associated with the Last Post at all military funerals, and at services of dedication and remembrance.

Since Roman times, bugles or horns had been used as signals to command soldiers on the battlefield and to regulate soldiers’ days in barracks. The Reveille was a bright, cheerful call to rouse soldiers from their slumber, ready for duty; it has also been used to conclude funeral services and remembrance services. It symbolises an awakening in a better world for the dead, and also rouses the living back to duty, now their respects have been paid to the memory of their comrades. The Rouse is a shorter bugle call that was also used to call soldiers to their duties; being short, the Rouse is the call most commonly used in conjunction with the Last Post at remembrance services. The exception is the Dawn Service, when the Reveille is played.