A period of silence 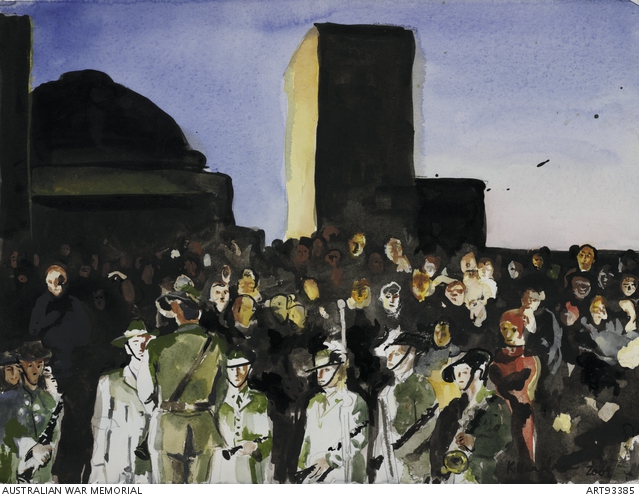 Silence for one or two minutes is included in the Anzac Day ceremony as a sign of respect and a time for reflection.

The idea for the two-minutes silence is said to have originated with Edward George Honey, a Melbourne journalist and First World War veteran who was living in London in 1919. He wrote a letter to the London Evening News in which he appealed for five-minutes' silence, to honour the sacrifice of those who had died during the war.

On 6 November 1919 the King sent a special message to the people of the Commonwealth:

I believe that my people in every part of the Empire fervently wish to perpetuate the memory of that Great Deliverance, and of those who laid down their lives to achieve it.

The King requested that "a complete suspension of all our normal activities" be observed for two minutes at "the eleventh hour of the eleventh day of the eleventh month" so that "in perfect stillness the thoughts of everyone may be concentrated on reverent remembrance of the Glorious Dead".

Two minutes' silence was first observed in Australia on the first anniversary of the Armistice and continues to be observed on Remembrance Day, 11 November. Over the years, the two-minutes silence has also been incorporated into Anzac Day and other commemorative ceremonies.