Bill Newton was born in St Kilda, Melbourne, on the 8th of June 1919. He attended the Melbourne Church of England Grammar School and went on to work in a silk warehouse. Newton was a popular sportsman who represented his school in swimming, was vice-captain of the school football team, and eventually played cricket for the Victorian second 11. He enlisted in the Royal Australian Air Force in early February 1940. On receiving his commission Newton spent time as a flying instructor before being posted to No. 22 Squadron in 1942, flying Boston light bombers from Port Moresby.

Newton flew 52 operational sorties during his career. Most of these were “against difficult targets under intense tropical weather conditions and under enemy fire”. He was known to be a “well-balanced, all round and highly trained and developed” officer with a “cheerful, natural and infectious personality”.

Newton also possessed remarkable courage as a pilot. On at least three occasions he dived through intense anti-aircraft fire to drop bombs on his target. On the 16th of March 1943, while he and his crew of two were leading an attack on Salamaua through intense shell-fire from the ground, their Boston bomber was hit repeatedly by the enemy. Their aircraft suffered bad tears to its fuselage and wings; it had a hole in its petrol tank, its engines were badly damaged, and one tyre was burst. Nevertheless, Newton continued the attack, flew nearly 200 miles back to base and, despite the flat tyre, made a safe landing.

Two days later he attempted an attack on the same location. This time his aircraft, hit by flak, burst into flames. Newton flew along the shore and brought his plane safely down on the water. Sergeant Basil Eastwood was killed in the crash, but Newton and Sergeant John Lyon escaped, swimming to shore.

The following day Newton and Lyon were captured by a company of the Imperial Japanese Navy. They were taken to Lae, where Sergeant Lyon was executed by bayonet. Newton was returned to Salamaua and beheaded by the Japanese on the 29th of March 1943. He was 23.

William Ellis Newton was posthumously awarded the Victoria Cross for his “great valour and devotion to duty”. His was the only Victoria Cross awarded to a member of the RAAF in the Pacific theatre.

The story of his brave deeds will become a legend in the Royal Australian Air Force and will be read with pride by those who serve in that Force for years to come.

On his last home leave William Newton had mentioned to his mother that he didn’t think she would see him again. He said: “If you hear – when you hear – there’s a bottle of sherry on the mantelpiece. Have a drink for me, will you? Don’t make a fuss.” His body was later recovered and now lies in Lae Cemetery.

The name of Flight Lieutenant William Ellis Newton is listed on the Roll of Honour on my left, along with those of around 40,000 men and women who died in the Second World War. His photograph is displayed today beside the Pool of Reflection

This is one of the many stories of service and sacrifice told here at the Australian War Memorial. We now remember Flight Lieutenant William Ellis Newton and all of those Australians who have given their lives in the service of our nation. 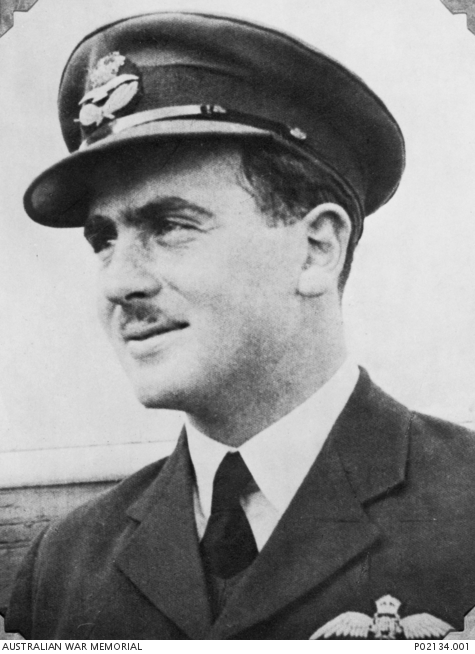