Throughout history, mounted troops have been known as elite men of arms. The Australian Light Horse was no different and wore a decoration worthy of their distinction.

Apart from their well-recorded wartime exploits, folklore has endowed the Australian Imperial Force (AIF) light horsemen with a mystique and image that distinguishes them from their fellow diggers. Official historian, H. S. Gullet, described them as, "in body and spirit the true product of the Australian countryside … the very flower of their race". Gullet went on to relate that light horsemen had been bestowed with a certain "native" quality, forged from Australia's pioneering heritage. They traced a proud lineage back to the Australian mounted contingents that served in the South African War, 1899-1902. 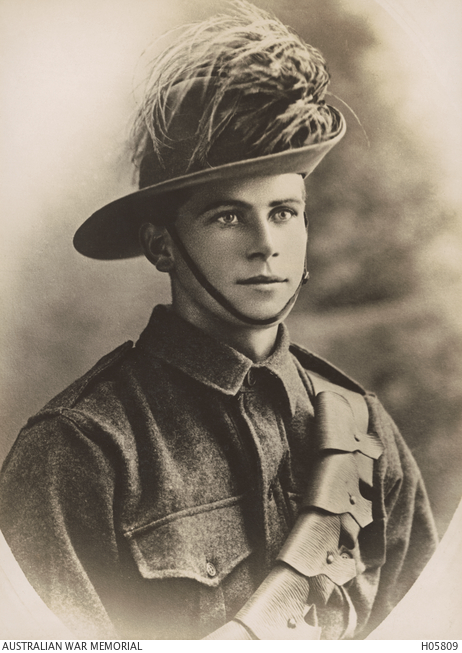 This plume became the symbol of the light horse, inseparable from its legend. Appreciating a practical joke, when asked about their plumes, First AIF light horsemen pulled many legs by replying that they were, in fact, "kangaroo feathers", placing the plume in the same vein as bunyip farms, walking-stick farms, and treacle mines.

David Barker, well-known First World War illustrator, light horseman and author of The ANZAC book, portrays the image of the light horseman in many of his sketches. Whether depicted in jacket or short sleeves, Barker's images of his peers often showed them appearing "very sure of themselves", at times almost cocky, or verging on the larrikin, their hats at a jaunty angle and appearing nothing less than the epitome of their hardened "colonial" background.

And yet, for many years the emu plume belonged solely to Queensland's mounted troops.

Introduction of the simple felt hat as universal wear by all arms, other than artillery, began in 1890. A year later, emu feathers adorned slouch hats for the first time. Called out on "special duty" during the Great Shearers' Strike, the Gympie Squadron of the Queensland Mounted Infantry broke the monotony of their long patrols by riding down emus and decorating their hats with the birds' feathers. In recognition of their service, the Queensland Government allowed the whole regiment to officially wear the plume as part of their uniform. Some years later, this unit would wear their "special distinction" on active service for the first time, when Queenslanders arrived in South Africa as apart of the colonial contingents.

Following Federation in 1901, different plumes were authorised for wear by newly raised state light horse units. These included emu feathers for Queensland, South Australian and Tasmanian mounted units. However, when regulations for compulsory training were introduced in 1911-12, no provision was made for such distinguishing embellishments. Nonetheless, the Queenslanders clung to their prized emu plume and continued to wear it unofficially at their own expense.

With the raising of the First AIF the felt hat, worn with a drab khaki band, was chosen for universal wear by all units of the new expeditionary force. In the meantime, persistent lobbying by Queenslanders finally bore fruit. The Prime Minister announced to a pre-embarkation contingent assembled at Melbourne's Flemington Show Grounds that "all Queensland mounted troops" could once again wear the emu feather plume. The deafening cheers that followed left no doubt as to what this privilege meant to the men from Queensland.

This pride and feeling of "ownership" later created disgruntlement among Queensland regiments when men of the 3rd Light Horse Brigade arrived in Egypt wearing plumes. Eventually the Minister of Defence intervened. He ruled that all Australian Light Horse (ALH) regiments could wear the plume. This decision indelibly linked the plume to the image of the light horsemen. A sergeant of the 4th Light Horse Regiment, J. Taggert, recalled that the scarcity of emu plumes and demand for any feather substitute following the minister's decision resulted in his unit mounting guard on a local ostrich farm in Heliopolis, Egypt, to prevent "further harassment" by marauding "troopers and diggers" alike.

But the minister's decision did not satisfy everyone, and not all regiments accepted the offer. In fact, when the 1st ALH Brigade requested in October 1916 that "all Australian units of the Mounted Division" submit indents for the plumes, it met significant opposition.

Colonel H. C. Chauvel, commanding officer of the 1st Australian Light Horse Brigade, wrote of his "very strong feeling" in support of the Queensland Regiment's sole right to the plume. The Queensland Regiment, he argued, "were known throughout the British Forces because of it." 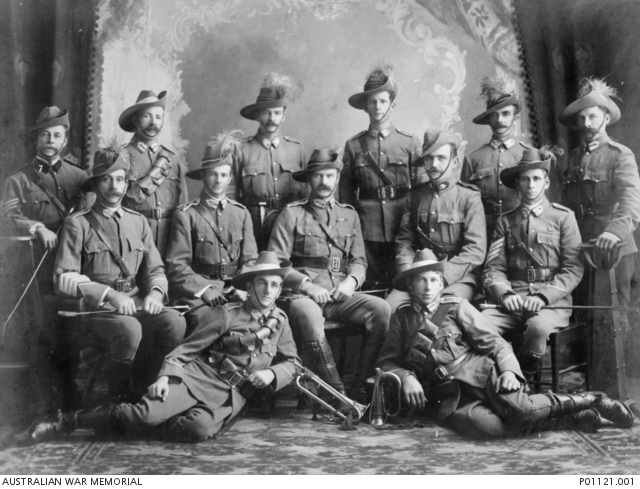 Supporting Colonel Chauvel, Lieutenant Colonel R. M. Stodart, commander of the 2nd Light Horse Regiment, described the minister's decision as "a gross assumption of privilege", and suggested an inquiry should be held into the matter.

Major General A. J. Godfrey, Commander of the Australian and New Zealand Army Corps, also spoke in favour of the Queenslanders. "Of most officers and men who have had the honour to be associated with Australian troops," the emu plume conveyed the "idea of Queensland mounted troops". Godfrey hoped that it would remain so.

Ironically, some two years after the minister's decision, the commanding officer of the 7th Regiment (NSW) not only supported the Queenslanders' claim, but also expressed his preference for "the ordinary (hat) band". To him, it looked better, was more serviceable and was less expensive. He knew of no New South Wales regiments interested in wearing a plume. Furthermore, as the 6th Light Horse Regiment had a wallaby fur hatband, they required no other distinctive mark. The emu plume was, as he put it, "an unnecessary and useless item", and he requested that his regiment not be issued with them.

In more recent years, former Adjutant of the 4th Light Horse Regiment, Major N. Rae, said his regiment's first commanding officer, J. K. Forsyth, also believed the emu plume belonged to the Queenslanders. The 4th Regiment never wore the plume on parade or in the field. Nonetheless, many members of the regiment possessed plumes to wear on leave.

In 1916, British High Command Middle East questioned the anti-heat stroke qualities of the slouch hat and ordered it replaced with the British sun helmet during summer months. The felt hats were marked, collected and returned to their respective base kit stores.

Although many light horsemen transferred their beloved plume to their helmet they did not appreciate the removal of their national identity and quickly complained. They found the helmet impractical for both riding and shooting and argued that its anti-sun stroke value was not superior to their felt hat. They also complained about the unsanitary condition of many of the used sun helmets. With support from their medical officers, combined with the ever-increasing number of mysteriously unserviceable helmets, often the result of being used as footballs, the Australians soon secured permission to regain their slouch hats. It was the most suitable headgear for the climate and it spoke "Australia" to all that saw it.

The post war years again saw the light horseman separated from his distinctive plume. It was not until the re-organisation of the militia forces in 1930, that members of light horse units were again allowed to adopt the plume as part of their uniform. Today, this proud distinction remains as the feather plumes and tufts can still be seen proudly worn on the felt hat and berets by some regular army and reserve armoured units.

Over 80 years since confirming his place in Australia's military history and public recognition, the flamboyant image of the "plumed" light horseman continues to enthral onlookers as heritage re-enactment groups perform at commemorative and equestrian events around the country.