On 24 October 1934, HRH Prince Henry, Duke of Gloucester, planted a small Aleppo Pine (Pinus halepensis) in the grounds of the Australian War Memorial. He decorated it with a wreath of red poppies he had brought with him.

At that time, only the Memorial’s foundations had been built. The tree was surrounded by an almost empty paddock and came to be known as the Lone Pine. 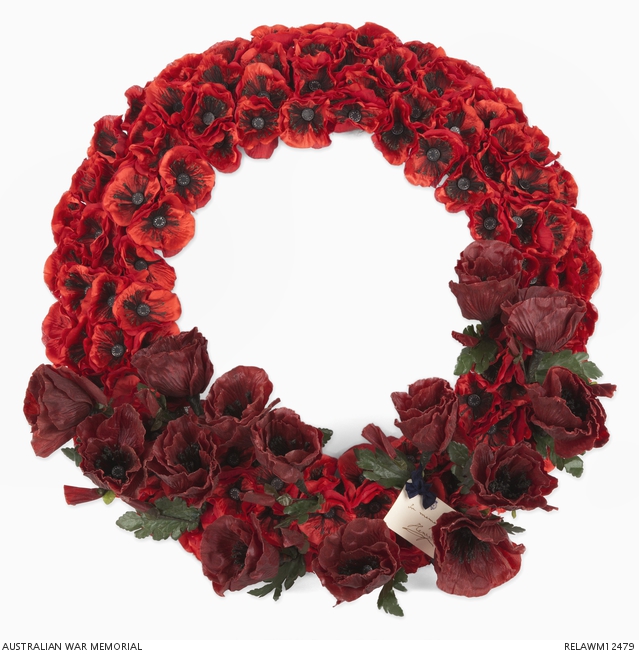 Shortly after the ceremony, a severe thunderstorm hit the area. The storm washed away a bridge over the Molonglo River, but the sapling stood firm.

In December 2008, the tree received Australia-wide media coverage when another severe storm caused a large branch to fall. Fortunately the tree survived.

Branches which fall from the Lone Pine tree are recycled into collector’s items that are available from the Memorial Shop and online.

Inscription on the plaque

A plaque on the low wrought-iron fence around the tree reads:

After the capture of the Lone Pine ridge in Gallipoli (6 August 1915), an Australian Soldier who had taken part in the attack, in which his brother was killed, found a cone on one of the branches used by the Turks as overhead cover for their trenches, and sent it to his mother. From seed shed by it she raised the tree, which she presented to be planted in the War Memorial grounds in honour of her own and others' sons who fell at Lone Pine.

A new seedling is planted

In attendance at the Australian War Memorial’s 2014 Anzac Day National Ceremony were Their Royal Highnesses the Duke and Duchess of Cambridge, who placed wreaths on the Stone of Remembrance. Later, they planted a seedling propagated from the Memorial’s Lone Pine tree.

Before the planting Corporal Mark Donaldson VC presented Their Royal Highnesses with a reproduction of the Victoria Cross for Australia, carved from timbers taken from Australian trees, including the original Lone Pine tree planted at the Memorial in 1934.

The Yarralumla Nursery began collecting and propagating seeds from the tree in the late 1940s. Since then, many seedlings have been distributed to RSL branches, schools and other organisations for commemorative purposes.

Two pines were taken to Gallipoli in 1990. They travelled with a group of First World War veterans, who returned to Gallipoli to attend the memorial service marking 75 years since the landing at Anzac Cove. Mr Alf Garland, National President of the RSL, planted one of the pines at Lone Pine during the wreath-laying ceremony.

In October 2009, a seedling was presented to Mr Ray Hasler to commemorate the 75th anniversary of the planting. Mr Hasler had attended the planting in 1934 as a 13-year-old Scout.