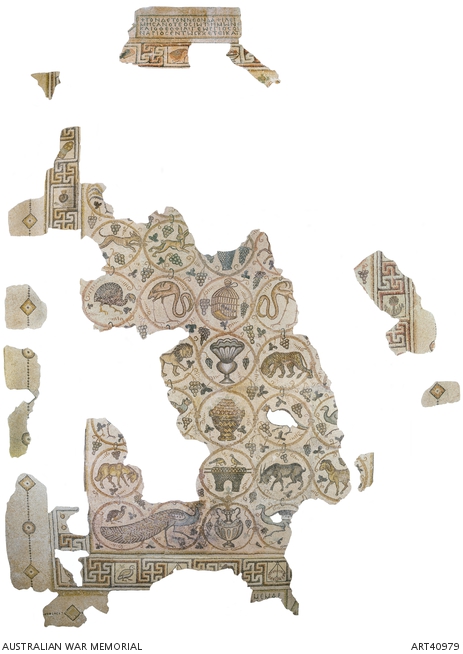 The Shellal mosaic is the remains of an early Byzantine church floor dating from 561-562 CE, the end of the 'Golden Age' of Justinian I. Although in a mutilated condition, it has been described as amongst the best mosaics of the sixth century. The design of the mosaic is known as an 'inhabited vine trellis', one of the most popular figurative designs for floors in Palestine at the time of its creation. Most of the imagery relates to Christian iconography (eg the vine, chalice, caged birds, lion and tiger) while other elements are purely decorative (eg some of the other birds, the fretwork border). Technically, the mosaic is of a very high quality. The tesserae are small and closely spaced and are mostly coloured marble, an expensive and seldom used material for a church like the one at Shellal. The tesserae count ranges form about 100 to 210 over a grid of ten square centimetres. (Fine quality work is generally considered to be between 40 to 100 tesserae per ten square centimetres.) The mosaic was installed by Cyril John Tilyard, in situ at the Australian War Memorial in 1941.