An informal group portrait of some of the 7th Light Horse Regiment officers, taken with the ... 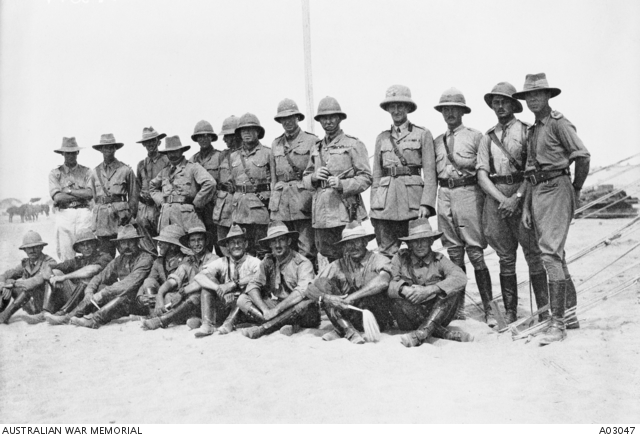 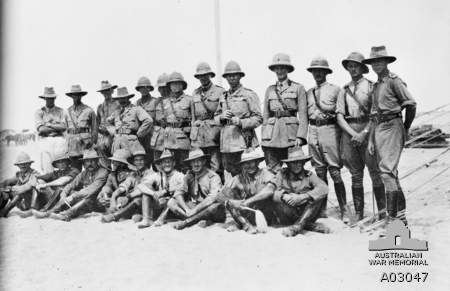