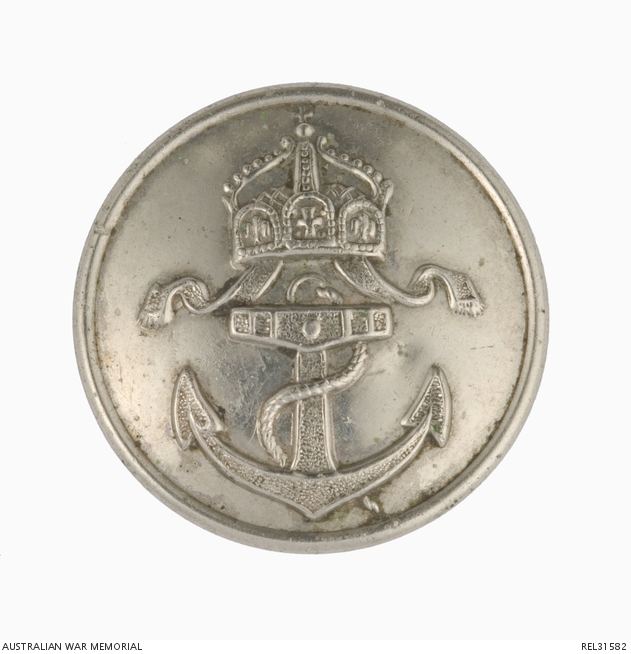 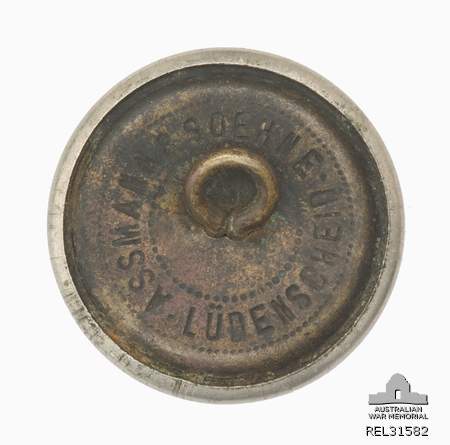 White metal Imperial German Navy sailor's button featuring the standard Crown and anchor design on obverse, while the reverse, a brass insert with an integral attachment loop, is stamped with manufacturer's details.

Recovered by Surgeon-Lieutenant Arthur Charles Robert Todd of Tamworth, NSW, one of two surgeons aboard HMAS Sydney during its engagement with SMS Emden on 9 November 1914. Of that action, the Official History states that the two surgeons worked continuously ‘from 6 pm on Tuesday up to 4.30 am on Wednesday’ and returned to the theatre after a short breakfast, tending to both Emden casualties (at least 70) and Sydney wounded for almost 40 hours non-stop. Todd, born on 23 June 1889, enlisted in the RAN in 1914, was appointed surgeon-on-probation on 17 August 1914 and was transferred to HMAS Sydney on 25 October 1914. He remained with the Sydney until 10 June 1916 and was placed on the retired list on 30 November 1917. Todd’s 85 page manuscript ‘Cruise of HMAS Sydney 1914-1916’ is held by the Mitchell Library, Sydney.