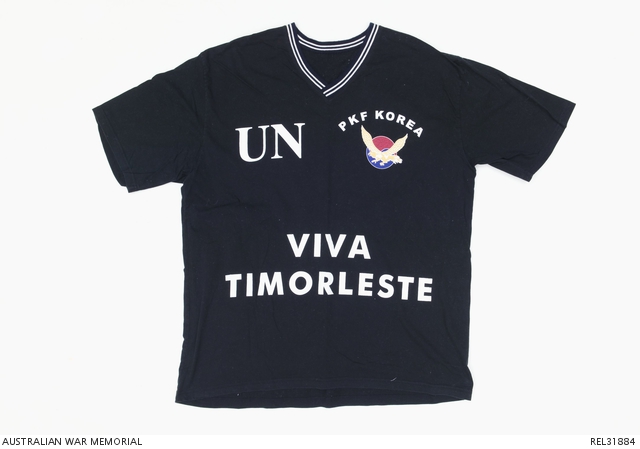 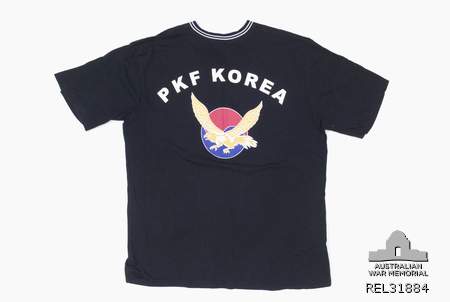 Black cotton short sleeved T-shirt with a v-neck line bound with a white striped interlock. The front of the T-shirt has the words 'VIVA TIMORLESTE' transferred in white lettering in the middle. The right breast has the letters 'UN' and the left breast has the emblem of the South Korean Special Forces showing an eagle in flight in front of the South Korean flag. The lettering 'PKF KOREA' is above this. This motif is repeated in a larger format on the back of the T-shirt.

This t-shirt was collected by Corporal Trygve Fisk who served in East Timor from 10 August 2000 until 13 February 2001 with C Detachment (Caribou) 86 Wing, RAAF. The detachment was stationed at Comoro Air Field at Dili and these t-shirts were worn by members of the South Korean special forces (KORBAT) guarding the air field.